First case of Ebola diagnosed in US, death toll nears 3,000

In August, two American health workers were successfully treated in Atlanta after having contracted the disease in Liberia 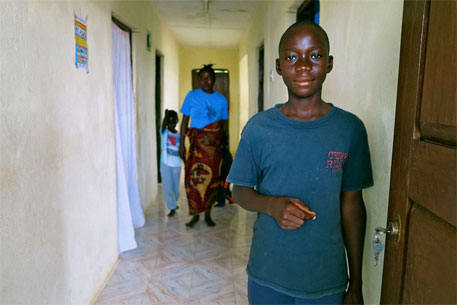 The first case of Ebola has been diagnosed in the United States. The unidentified patient is believed to have contracted the virus in Liberia about two weeks ago. The affected person, however, did not show any symptoms of the disease on his arrival in the US.

This is reportedly the first case of a patient developing virus on the soil of US. The virus outbreak that started in February, has, till now, claimed nearly 2,900 lives in West Africa and affected more than 6,000 people in Guinea, Sierra Leone, Liberia and Nigeria. Democratic Republic of Congo had declared Ebola outbreak in a northern province, apparently separate from larger outbreak.

Earlier this month, US President Barack Obama had announced that his plans to fight the deadly Ebola outbreak and showcase what could be "the largest international response in the history of US’ Centers for Disease Control and Prevention”. The announcement to offer help was combined with a warning that the present Ebola outbreak which is widespread in three countries in West Africa— Liberia, Sierra Leone and Guinea—could soon be a threat to global security.

"This is an epidemic that is not just a threat to regional security. It’s a potential threat to global security, if these countries break down, if their economies break down, if people panic. That has profound effects on all of us, even if we are not directly contracting the disease," Obama had said, according to a Reuters report.

In August, two American health workers were successfully treated in Atlanta after having contracted the disease in Liberia. Since then, there have been reports about panic and fear related to emergence of more cases in the country.