With non-state actors becoming major donors of WHO, public health activists want the issue of conflict of interest to be addressed 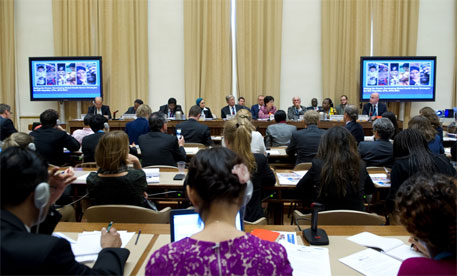 The framework of engagement with non-state actors (FENSA) was one of the most contentious issues discussed at the recently concluded World Health Assembly (WHA) in Geneva. The resolution came up on the first day, but was not discussed. Instead, a drafting committee was set up to resolve the problem. The drafting committee submitted its report in the last session of the World Health Assembly.

In its report, committee chair Argentina told member states that more work needed to be done on the resolution before it could be adopted.

The committee suggested that an intergovernmental meeting should be convened no later than October so that the decision is ready to be discussed in the executive board meeting in January 2016. The framework can then be presented at the next assembly. A similar intergovernmental meeting on the subject had met in Geneva from March 30 to April 1, 2015, but could not finalise the text.

While the framework was not adopted, all countries expressed support. The US hoped that the final resolution would empower WHO to reinforce its existing mechanisms for both benefits and risks of engagement with non-state actors (NSA).

Indonesia said that considering the magnitude of global health challenges, it was important to have participation of all stakeholders. "We must not be hasty. It is not a delaying approach—rather a cautious approach in addressing this important issue, in view of finalising the framework by the next WHA," said the delegate from Indonesia.

Brazil pointed out that the landscape is changing and Ebola has shown growing role of NSAs. Similar emergencies may take place and the world needs to be prepared.

The framework is part of the reforms being undertaken at WHO. As NSAs such as transnational corporations, foundations and philanthropies are now major players in global health governance, it has been advised that WHO proactively engage with them. Public health activists want the framework to address the issue of conflict of interest strongly. The document has not addressed this issue so far.