Environment versus development: 2014 sets the stage for bitter polarisation 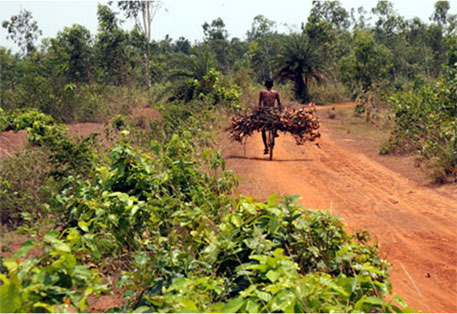 In an election year, particularly in the world’s largest democracy, everything is analysed on the basis of pre- and post-election developments. 2014 is different for another reason. In the elections people voted out a government ruling for a decade and elected a new government with clear majority after almost three decades. What does this mean for the environment and overall development?

Undoubtedly, 2014 was a year of the environment and development, but not necessarily for positive reasons. The erstwhile United Progressive Alliance led by the Congress party faced defeat because of major scandals in allocation of natural resources like coal block grants. The then opposition and now ruling Bharatiya Janata Party ambushed the electoral dreams of the Congress by citing these scandals as the stumbling block for economic growth.  In the sleekest ever general elections, the BJP made environmental clearance the main villain of development (read economic growth) and its leader, Narendra Modi, used the “less government and more governance” slogan as the mantra for electoral gains. It meant faster environmental clearances, naturally triggering private investments. Both rural and urban communities do aspire for more governance and less government, but of the kind that leaves scope for their active participation in country’s development.

In the past six months that the new government has been in power, the slogan of less government and more governance has metamorphosed; the issue of how to allocate natural resources has been completely taken over by the judiciary and the hope for change has been dashed.

Less governance for whom?

First, the idea of less government and more governance is a win-win situation for India’s rural communities still eking out a living from a biomass-based economy. It is their traditional knowledge, ways of scripting sustenance from local ecology and audacious local governance models for natural resources management that have been targeted by the government for control; this is the “more government” side of our overall governance where bureaucrats control everything.

But the political commitment from Modi on less governance has a different meaning. All the recent developments point to the fact that less governance means more government steps to dilute many environmental rules. Starting from the Forest Rights Act to the forest clearances procedures to the Right to Food Act, government has been systematically doing away with clauses that, in practice, meant less government interferences and more community oversight. For those who fought hard for decades for getting these fundamental entitlements, this is more government and zero governance.

For the industries and private investors, Modi is living up to his promise of less government. But this doesn’t mean the same for communities whose resources are to be so easily put out for sale. For them, this is more government and less governance.

From this year starts a new phase or to put it in right historical perspective, another bitter phase of fight between those who assert rights over local resources and those who want these resources to sustain economic growth. The conflict over environment versus development is set for further polarisation and invariably will lead to widespread conflicts at various levels.

News that media is missing 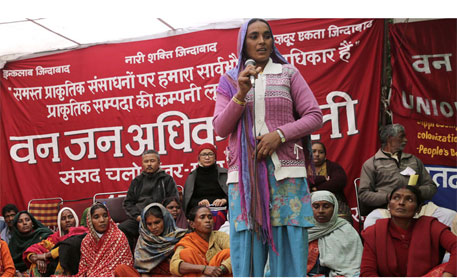 The signs are already there to see. Delhi’s officially designated protest site, the Jantar Mantar, is witnessing rallies against dilution of the rural job programme, the forest right legislation, and the cut in social spending. At the same time, the national headlines are missing the grammar of this change.   During October to December, many such rallies over the erstwhile government’s flagship programmes critical to rural communities just didn’t figure in any headline of any newspaper worth mentioning even though we can count that in 15 states there were such rallies with thousands of people participating. In Jantar Mantar, some 10,000 people came to protest but not to be noticed even in the inside pages of national newspapers.

The new government, yet to settle down adequately, should take the 2014 as the year of not just election but a year of being selected to bring in change. And the change was in no way to dilute but to decentralise governance further to empower communities. This is the right meaning of less government. In 2015, that will be the agenda for the new government if it wants the electoral acche din to continue.