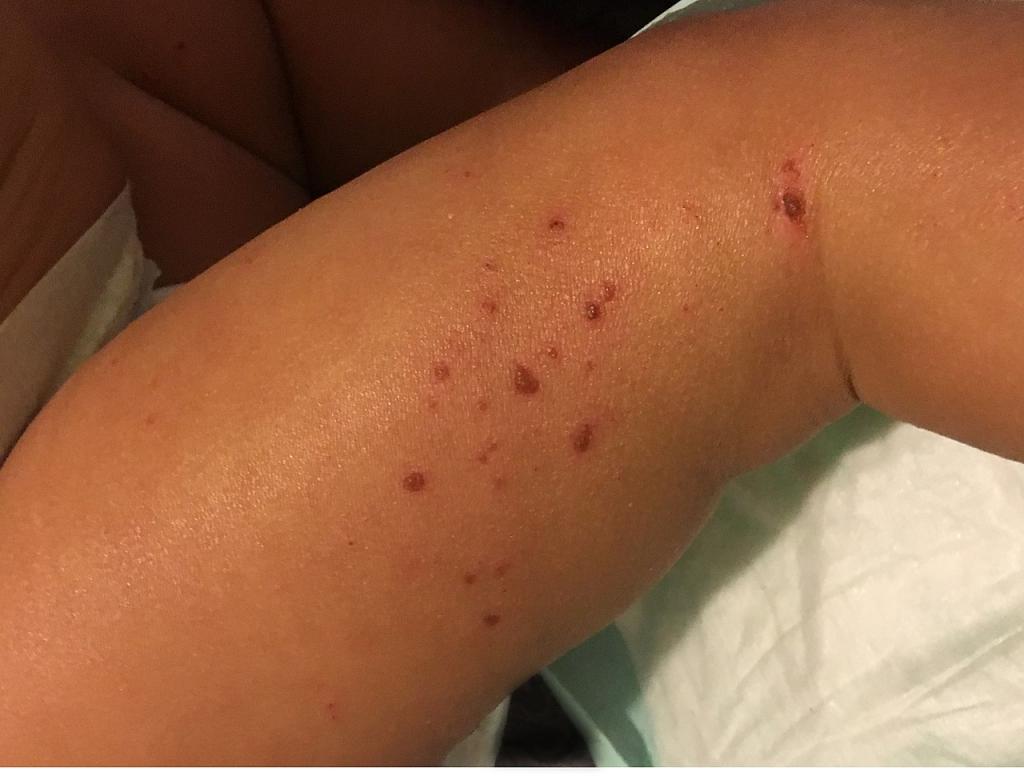 An estimated 19 per cent or more of all children under 6 years of age have eczema. Photo: Wikimedia Commons

A drug has shown ‘significant’ improvement in moderate to severe eczema symptoms for patients between the age of six months and five years, according to a new study.

Researchers for non-profit Northwestern Medicine found that dupilumab, a biological drug, worked better than immune-suppressing medications. The findings were published in The Lancet.

Eczema, also known as atopic dermatitis, is a chronic inflammatory skin disorder characterised by red, dry, often oozing skin and itch that can profoundly affect the lives of affected patients and their families.

Dupilumab injection is in a class of medications called monoclonal antibodies. It works by stopping the action of certain substances in the body that cause inflammation, according to MedlinePlus, an online health information service.

A 16-week course of the drug resulted in more than half the children having at least a 75 per cent reduction in signs of eczema and highly significant reductions in itch with improved sleep, the researchers wrote.

An estimated 19 per cent or more of all children under 6 years of age have eczema. The onset of the disease for 85-90 per cent patients happens in the first five years of life.

The children’s debilitating itch leads to sleep disturbance, poor neurocognitive development and, on average, a full night of sleep lost per week.

Children were randomised to receive either a placebo injection or the dupilumab on weight-based dosing every four weeks for 16 weeks. Only children who were not responding adequately to topical medications were allowed to enrol and they had to be of a high severity, even with the topical medications.

Dupilumab was approved for older children and adults with atopic dermatitis and for other type 2 inflammatory conditions at the onset of the study. The tests took place at 31 hospitals, clinics, and academic institutions in Europe and North America.

The ability to take this drug will significantly improve the quality of life for infants and young children who suffer tremendously with this disease. The quality of life of severe eczema – not only for the child but also parents – is equivalent to many life-threatening diseases

As a result of the study, the medication is now available to infants and preschoolers as young as 6 months of age. It has “an outstanding safety profile” and does not even require any laboratory tests before starting the medication, Paller said.

“Until now, we would have to use steroids to treat the skin, but we cannot use strong steroids for long periods of time in children since they are still developing,” Dr Ganjian told medical information online outlet Medical News Today. Ganjian  is a pediatrician at Providence Saint John’s Health Center in Santa Monica, California.

Read more: COVID-19: How steroids were an unnecessary burden during the second wave

Long-term steroid use can produce unwanted side effects, such as discoloration, thinning of [the] skin, as well as electrolyte abnormalities, the doctor was quoted as saying.

Other than biological drugs, Janus kinase (JAK) inhibitors are also part of ongoing studies that can become the future of atopic dermatitis treatment, according to a Healthline journal report. JAK inhibitors can also help reduce inflammation by suppressing the immune system, which can help improve eczema symptoms.

More specifically, JAK inhibitors block cytokines, which act as messengers for the immune system. Cytokines are part of the cause of eczema, which means these inhibitors may be a large part of future therapies for the disease, according to non-profit National Eczema Association.