How will science aid development in India in near future?

The theme of the 102nd session of the Indian Science Congress—Science and Technology for Human Development—happens to echo the Bharatiya Janata Party-led government’s emphasis on “development”.  Down To Earth talked to experts at the conference on how science is likely to contribute to human development in the next few years and the achievements so far. Edited excerpts of their interviews 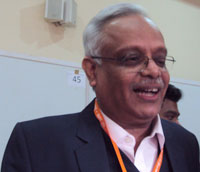 Space technologies like satellites already contribute to the society and are behind consumer services such as ATM, television, weather forecasting and navigation. Satellites like the Mars orbiter have indirect benefits through innovations in energy storage. India is part of an international coordination group of 12 countries that have set 2030 as a deadline for colonising Mars. The scientific community in India is also developing a plan on what the country would want from Mars. The community needs to give the requirements to ISRO which would then plan the next move. Another mission is likely in 2018, 2020 or 2022. Chandrayan 2 launch is also scheduled in the next few years. 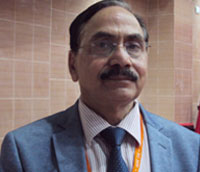 Researchers are trying to develop crops which would grow well in changed climate in the future. They are looking for plants which grow better in, say, higher carbon monoxide or in sunny conditions. For example, sugarcane grows better in sunny environment. In the coming years, wasteland development would be of paramount importance and researchers are looking for crops which can grow in degraded land. In the future, emphasis has to be on using natural products. For this we need to quickly create inventories of plants, animals and microbes in India. This would help us identify wild relatives of cultivated plants which can be used for useful traits. 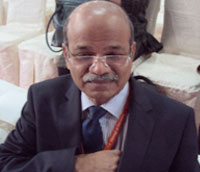 Archaeology
Vasant Shinde, Vice-Chancellor, Deccan College, Pune (archaeology, spoke in the symposium Future of the Past)

There is much to learn from archaeology. In the future, we could learn from the water management systems of ancient people. The next few years are likely to throw light on the mystery around the origin of ancient Indian civilizations like the Harappan civilization. We have not been able to analyse the genetic makeup of this community as they buried their dead in moist conditions and the DNA has not survived. We are now using innovative techniques like studying the genetic material of microbes present in the remains in the hope that the human DNA would also be present in them. The technique has worked well in other scenarios. 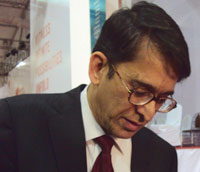 In the next few years, we are likely to see a change in the way energy is used and stored. The focus is likely to be on renewable like solar, wind and biogas. Storing this energy is also going to see changes. Energy would need to be generated and consumed in a distributed manner. Just like the milk cooperatives, we can look forward to hydrogen cooperatives. The shift to this energy would happen in both homes and in applications like transport.

We (KPIT) are developing technologies to use such renewable energy in transport sector. Personalised technologies like 3D printing would be more in use. 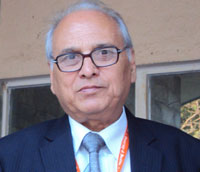 In the next decade, we have to address the problems created by development. Development is inevitable, but we have to develop in a cautious manner. We need to find ways of overcoming the effects of imbalanced developments. In case of fisheries, we are growing only invasive species. Jammu was rich in Mahaseer fish, but dams have restricted the movement of the fish and the population has dwindled. This was the dominant fish till a decade back. In the recent floods, we are talking about rehabilitating humans and animals but no one is talking about fish. In the future, we need to build hatcheries and breed fish artificially. Once we lose the water due to development, we cannot think about fish. 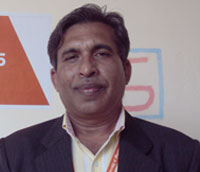 In the next decade, efforts have to be made to develop low cost technologies. In the future, we can look forward to indigenous hydrocarbon-based technologies for refrigeration and air conditioning. This would be help combat climate change. 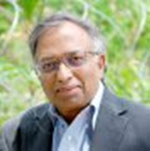 History and science
Vijay Bhatkar, creator of the first supercomputer in India and Chancellor of India International Multiversity

There is so much to be learnt from the history of science. In the next few years, innovation is going to be the way forward. We would go back to our roots. The cow would become an important part of our lives. People are looking for something different and the cow is the source of health foods. Work towards exploiting this is already being carried out.