Humans and mice are similar, yet different creatures, says study 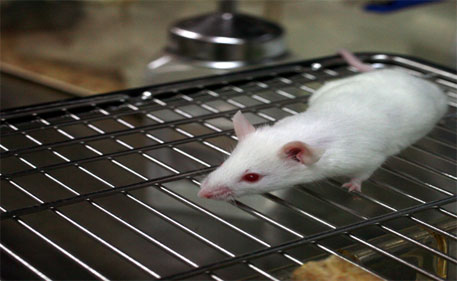 Humans share 30 per cent of their genetic material with mice but have more instructions than the rodents for controlling their genes.

This is one of the conclusions that scientists have reached in a study that was published on Thursday in the journal Nature.

According to a report in Newsweek magazine, the research is the result of efforts put in by a team of more than 130 scientists over the course of seven years. The scientists mapped genetic “control centres” that mice use to regulate their own genes.

The Newsweek report quoted study co-author Michael Beer of Johns Hopkins University as saying that while both, human and mouse genomes had already been sequenced, the current project was taking it all to the next step by identifying the pathways mice use to produce proteins.

Beer said the team found interesting results—in some ways, mice resembled humans, but in others, they were very different.

For instance, said Beer, a mouse liver cell was more similar to a mouse brain cell than it was to a human liver cell. And mouse immune systems were even more distinctive than previously thought, he said.

But in other ways, especially in the genetic mechanisms within a cell’s nuclei, mice and humans are very similar.

The Newsweek report quoted Joseph Eckert, a researcher at the Salk Institute for Biological Studies in La Jolla, California, who wasn’t involved in the studies, as saying that the research would go a long way in helping researchers to better test medicine meant for humans on mice.

“There is a lot of conservation of genes between mice and humans. So it does make sense to continue using mice and other animal systems to understand human biology. The upshot of the research is that now that we can delve deeper into the similarities and differences between mice and men, so to speak, hopefully we’ll be able to learn how to better test human medicine in mice,” he said.