What genes do we share with fruit flies, roundworms? 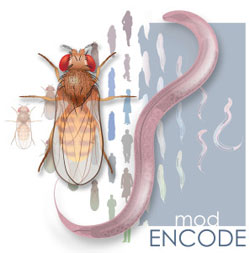 The study can be used to find out the common features in the genomic data which apply to all organisms. “These fundamental principles will likely offer insights into how the information in the human genome regulates development, and how it is responsible for diseases,” says a news release published in the Berkley Lab website. Scientists from the Lawrence Berkeley National Laboratory, US, were also involved in the study.

Though the genomes of species such as the fruit fly and roundworms are much smaller than that of humans, there are several common genes and biological pathways. Scientists have been studying them to find out how the information coded in the genome makes an organism what it is. “The results add billions of entries to a publicly available archive of functional genomic data,” says the news release.

The study compared transcriptomes (collection of RNA molecules expressed in a cell) and chromatins (the combination of DNA and proteins that organise an organism’s genome into chromosomes) of the three species. On comparing transcriptomes, scientists discovered “16 gene-expression modules corresponding to processes such as transcription and cell division that are conserved in the three animals”. They also found a similar pattern of gene expression at an early stage of embryonic development in all three organisms. The comparison of transcriptomes involved 575 experiments that gave more than 67 billion sequence reads. The results were published online in Nature in an article titled “Comparative analysis of the transcriptome across distant species”.

The comparison of chromatins also showed “many conserved chromatin features among the three organisms”. The results of chromatin comparison were published online in Nature in an article titled “Comparative analysis of metazoan chromatin organization”.