Amid scrutiny over water wastage by RO filters, IMA plans to study quality of water in the national capital 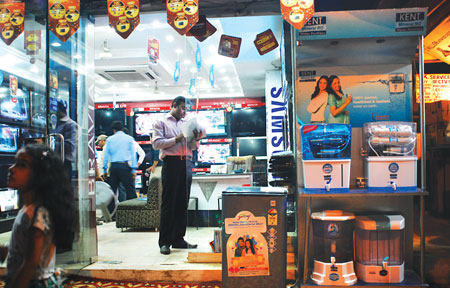 The Indian Medical Association (IMA) announced on Tuesday that it will adopt a slum in Delhi to provide clean drinking water. Though IMA has not decided the slum yet, Najafgarh and Nangloi are the most probable areas where a locality with about 1,000 households will be chosen to supply water. IMA is working as a corporate social responsibility partner with Kent RO Systems Limited for the project.

"The Indian Constitution, under article 47, makes it a primary duty of the state to provide clean and safe drinking water to its citizens. Yet nearly three lakh children die in India every year due to diarroheal diseases. This is preventable by elimination of unsafe drinking water. This effort is aimed towards reducing deaths caused by water borne diseases," said K K Aggarwal, secretary general of IMA. Major diseases caused by unsafe water are diarrohea, dysentery, cholera and typhoid.

Meanwhile, V K Monga, former chairperson of unified Municipal Corporation of Delhi, shared findings of a study on drinking water of Delhi that he conducted in 2011. "Permissible limit for bacterial count in Delhi is 10 per 100 parts per million. In most households across Delhi, we found bacterial count in hundreds. Worst affected areas were Najafgarh, Nangloi and Sangam Vihar," said Monga. The survey was conducted in households receiving water from the Delhi Jal Board (DJB).

"We checked water quality at the origin of the supply. Bacterial count was within limits there. It means that water was getting contaminated in the pipes or during supply by tankers. We asked DJB to look into it,” added the former chairperson of the municipal corporation. He further said that till now, neither decades-old pipelines nor tankers have been replaced. If DJB can change its basic infrastructure, then people of Delhi could get safe drinking water, he added.

The IMA plans to set up a community RO plant of Kent in a chosen area which can serve upto 1,000 households. With help of an NGO, drinking water will be distributed at a nominal cost. "Over the next six months, we will study impact of reverse osmosis water on reduction of water borne diseases," said Aggarwal.

It is to be noted that RO water is currently under scrutiny by the National Green Tribunal (NGT). Hearing a case on April 29, 2015, NGT had asked the Centre to respond on RO systems, following a plea by non-profit Friends. The non-profit has questioned quality of water treated with RO technology compared to natural water and wastage of water that it causes.