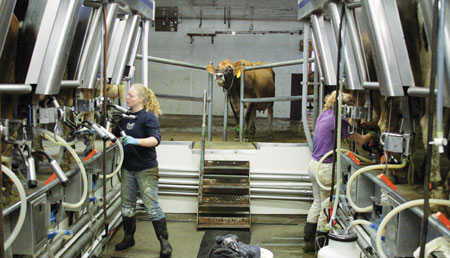 THE Union agriculture ministry has refused to lower standards for imported milk despite some coaxing by the Barack Obama administration during the US president’s recent visit to India. The Department of Animal Husbandry said its milk import norms would remain unchanged.

The US dairy industry had for long been pushing for easing sanitary conditions for the milk that India imports. Foreign milk and milk products are allowed to be imported if they contain drugs, pesticides and heavy metal residues within permissible levels. But US milk exporters are unable to meet these standards. The US agriculture department in 2004 found one-quarter of the milk samples contained endosulfan. Hygiene standards are set by international agencies like the Codex Alimentarius Commission. Apart from Codex, a foreign milk producer has to meet seven conditions before his product is allowed to enter India.

During the recent talks between India and the US, Union agriculture minister Sharad Pawar said US dairy products “would be subjected to the same protocol and certification applicable to imports from other countries”.

US trade representatives have often stated that India has more stringent maximum residue limit on imported dairy products than it does for domestic products. US trade representative Ron Kirk discussed the issue with Union commerce minister Anand Sharma at the Trade Policy Forum meeting in October 2009. Indian milk import norms require the importer to certify the source animals have never been fed products made from slaughterhouse waste including blood meal.