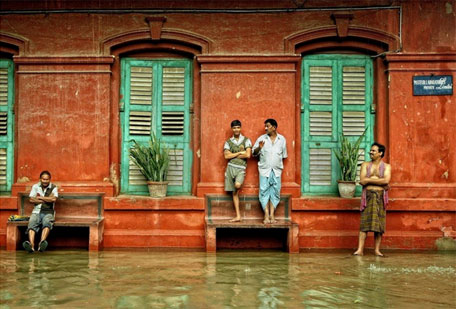 Kolkata, the densely populated eastern metropolis of India, has been ranked seventh in a global assessment of natural disaster risk. The report, Mind the Risk: A global ranking of cities under threat from natural disasters, assessed 616 cities around the world for five perils—earthquake, storm, storm surge, tsunami and river flood.

Swiss Re, a wholesale provider of reinsurance services globally, used its proprietary hazard data to assess risk exposure faced by 1.7 billion people, roughly a quarter of the world’s population, living in 616 urban areas. The report found that 17.9 million people in Kolkata face all five types of natural disaster risk. Tokyo in Japan tops the list with 57.1 million people potentially at risk.

“Some of the world’s fastest-growing metropolitan areas are situated along China’s coastlines, such as the Pearl River Delta and Shanghai. Besides being exposed to frequent tropical cyclones and storm surges, many cities in the region are also located in zones of high seismic activity, including Tokyo, Taipei and Manila. When looking at their exposure to natural disasters, most of the world’s riskiest cities are, therefore, situated in East Asia, notably China, Taiwan, the Philippines and Japan. There are different ways of looking at risk exposure. No doubt, human life comes first. In that respect, Tokyo-Yokohoma, the Pearl River delta and Osaka-Kobe are the riskiest metropolitan areas in the world,” the report noted.

India and China, the report said, face significant threats from river flooding. “With 12 million residents potentially affected, the Pearl River Delta is the most flood-exposed urban area in the world. Shanghai (11.7 million) and Kolkata  (10.5 million) follow in second and third place. We do not find a single European metropolitan area among the twenty most potentially affected urban populations.”

Mind the risk: A global ranking of cities under threat from natural disasters