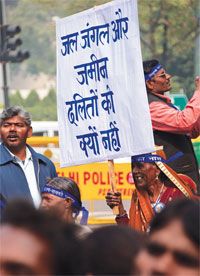 The Mastapur type of solution in Madhya Pradesh where water tankers follow a strict route chart to ensure water supply to the Scheduled Castes and Tribes, as reported in the article ‘Injustice gets nastier’ (December 16- 31, 2010), is worth emulating. The initiative taken by democratic community organisations and supervised by village panchayats should be made mandatory for all states facing disputes over water. Two reasons for increasing disputes over water are: caste-based reservation in government jobs that have generated unpatchable discord in society and abandonment of traditional waterbodies.

Northern states had waterbodies like natural springs, wells, baolis (step wells), ponds and lakes, which were fed by rain, groundwater, rivers and snow. But they were abandoned in the 1970s and 1980s when state governments started supplying piped water to villages. This was done to extract maximum funds from the Centre and national and international agencies like NABARD and USAID. But the piped water, which supplied 30-50 litres per capita per day, did not take into account the cattle population in villages.

As traditional waterbodies disappeared, water scarcity and water disputes increased. Earlier, every locality in a village had its own waterbody which was maintained by villagers. Hence the disputes were negligible. The states, having failed to meet the water requirements of the people and cattle, have now started reviving these waterbodies in the name of rain water harvesting. 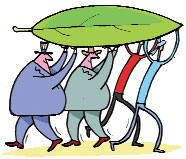 Rather than holding negotiations on climate change in beach cities like Cancun, other mechanisms should be explored, such as teleconferencing (‘The endgame at Cancun’, December 16-31, 2010). This will reduce the cost and environmental problems associated with staging major conferences.


WHAT ABOUT THE TRIBALS?

Upgrading of rural panchayats in scheduled areas to urban panchayats by the government is an easy way to snatch land from tribals. Whether an area is under PESA or not, governments and corporate houses will grab land from the helpless for own interests. How many pieces of legislation are needed to protect tradition and livelihood? 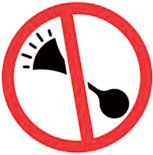 Honking is a habit among Indians. Magazines and newspapers carry articles that spread awareness on noise pollution, but no one pays heed to them. Thanks to it, people in urban areas are more stressed than those in the countryside. I, too, used to honk a lot, so much so that I could not control the urge. But now I’ve got the horn removed from my vehicle; it helped.

The quota system should be abolished because they are mere tools in the hands of the politicians (‘Reserved for no one’, January 1-15, 2011). They help nobody but the politicians. Reservations have adverse effects as inefficient people get jobs easily, deteriorating quality of services.


HYBRID RICE NOT AN OPTION

Rice production in India has to increase to meet the growing demand (‘Saving rice’, December 16-31, 2010). But that does not mean India should follow China by developing hybrid rice. It will raise input costs, which small farmers cannot afford. It will also make India dependent on China for seeds, in turn increasing our trade deficit.

There are many countries that have not adopted hybrid rice yet they have high productivity rates. Then why tread this path? Using less water with high yielding crops is a better option suited to our fields, farmers and people as under the system of rice intensification (SRI).

Japan has the highest rice productivity per unit area. Field layouts and water management, which include irrigation and drainage, have played a considerable role in achieving this.

However, just about three per cent of the area under rice has gone over to hybrids when India has more private institutions than any other country to create pedigree seeds. Why not invite experts from China to set up farms in India and teach our farmers ways to increase rice production?

The images in the article ‘Victims, twice’ (January 1-15, 2011) are revolting, indeed. But what about the farmers who will be driven to suicide if they are forced to buy European Union’s patented endosulfan alternatives that are at least 10 times costlier? 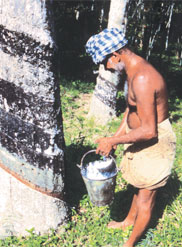 Demand for rubber is no excuse for promoting GM rubber (‘Kerala opposes GM rubber’, January 1-15, 2011). It is like advising steroids to athletes for better performance. No responsible scientist will encourage such a technology with haste. Blind acceptance is more dangerous than blind opposition.

India should carry out a thorough research on GM rubber before opposing it blindly.

Does India really need pesticides like endosulfan for its farms (‘Pesticides lobby’s coup’, January 1-15, 2011)? Multinationals are pursuing their own agenda in all spheres. A country like India needs a welfare economy essentially devoid of any private interests. Be it the issue of pesticides or GM crops, India is an experiment ground sponsored by its own government.

It needs to be exposed how corporates are exploiting politicians, who in turn ignore the welfare of the people on sensitive issues like pesticide poisoning.

Syeda Rizwana Hasan’s interview mentions that at least 10,000 people in Bangladesh will lose jobs if the shipbreaking industry is shut down (‘I’m always in the opposition’, January 1-15, 2011). Actually more than one million people will be rendered jobless.

Vessels come at Chittagong port to load or unload cargo. Many require replacement of old or damaged equipment. These come from the ship-breaking yard. This also helps the country earn foreign currency.

The government has already shut down many industries. If the shipbreaking industry is shut down too, we would not have anything except agriculture to fall back on.

Hasan is a hero who has almost single- handedly taken on the polluting industries of Bangladesh. I have seen gross violations of environmental regulations on route from Dhaka to Mymensingh district in Bangladesh.

Every industrial complex on this highway is a heavy polluter. Simple online monitoring systems and some design modifications will help reduce pollution from many of these complexes.

Many units of plywood industry have been permitted by the government in Ernakulam district of Kerala.

These have been allowed through a green channel of District Industries Cell without considering environmental impacts. Formaldehyde and other chemicals are used as adhesive and for treatment of wood veneer.

What action can we take to stop this industry from developing?