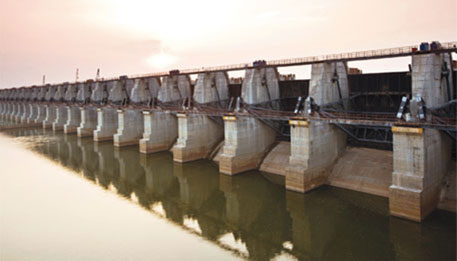 In a crisply worded circular, the new Maharashtra government, headed by chief minister Devendra Fadnavis, has directed all government departments to not allow cost escalation in any kind of construction work. The circular has said that from now on the proposed date of completion of construction and the project cost and financial plan should all be part of the work order issued to the contractor in question, and no changes should be allowed in this order once it has been framed.

Cost escalation of construction projects has been the bane of financial planning in Maharashtra. The highly publicised irrigation scam, which saw project costs shoot up by seven to eight times the original cost in a matter of months, is only one example of cost escalation and willful delay in completion of projects, reveal official sources.

Projects like roads and other infrastructure projects, too, have been kept hanging for years and cost escalation and expansion of the scope of the projects without necessary tenders have been rampant in the state, thanks to a powerful contractor lobby comprising powerful politicians and their henchmen, sources revealed. At present, there is no estimate of the number of projects delayed or the total amount of money siphoned off, but both are expected to be huge, they said.

The new directive, it is expected, will help curb this phenomenon known commonly as “contractor raj”. However, with BJP’s own stalwarts like Union minister for transport Nitin Gadkari and Chainsukh Sancheti, MLA from Malkapur constituency in Buldhana district, being involved in government construction projects, it remains to be seen how successful this move is.