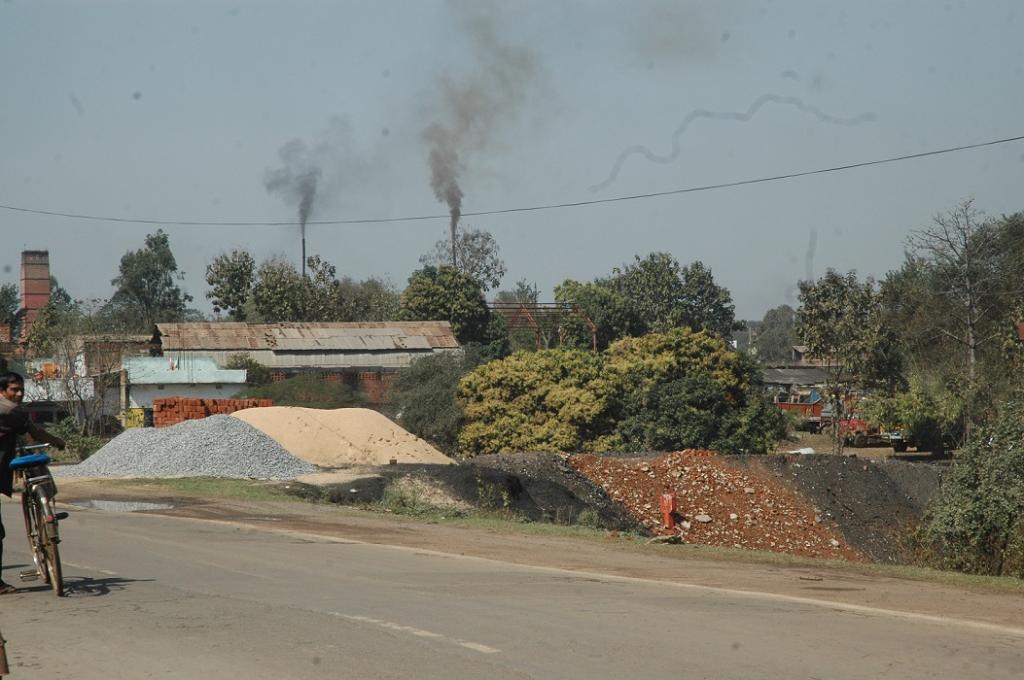 DMF funds are supposed be used for the development of areas affected by mining operations. Credit: Chandra Bhushan/ CSE

The Supreme Court of India provided relief to mining companies by stipulating the date of payment to District Mineral Foundation (DMF) much later than what was anticipated as per the directions of the Union Government. This has come in response to a petition of the Federation of Indian Mineral Industries (FIMI) who had contested the effective date of payment to DMFs by mining companies as directed by the Centre.

DMFs have been instituted under the Mines and Minerals (Development and Regulation) Amendment Act (MMDR), 2015, with the purpose of sharing mining benefits with mining-affected people. For this, miners and mining companies are required to pay to the DMF of the district in which they are operating: a sum determined on the basis of their royalty payments to the state government. The DMF funds will be used to “work for the interest and benefit of persons and areas affected by mining-related operations”.

The MMDR Amendment Act did not give any specific amount that mining companies will pay to DMF. In the Act, only the ceiling of DMF payment was specified “as not exceeding one-third of royalty” as paid to state governments. The Union Ministry of Mines and the Ministry of Coal, through later notifications, specified payment amount and dates from which payments have to be made.

Though DMFs were instituted under the MMDR Act through an amendment in March 2015, the effective date of DMFs coming into existence has been considered to be January 12, 2015.

On that date, the MMDR Amendment Ordinance 2015 was promulgated by the Centre, and considered as the date of coning into force of the MMDR Amendment Act, 2015 (and also DMF, as instituted under it). To this effect, on September 16, 2015, the Mines Ministry issued a direction to all the state governments. It was directed that the notification establishing DMFs by respective state governments shall state that “District Mineral Foundations shall be deemed to have come into existence with effect from the 12th day of January, 2015”.

Following the Mines Ministry’s Notification, in October 20, 2015, the Union Coal Ministry also, in a separate notification, reiterated the contribution to DMF by coal companies (and also for lignite and sand for stowing). In the Coal Ministry’s Notification, the rate of payment was same as specified by the Mines Ministry, except for the date from which the payment should take effect. The October notification noted that the payment by coal companies (and also lignite and sand for stowing) will be made from the date when the concerned states have notified their DMF Rules establishing DMFs or the date of coming into force of the concerned contribution Rules (October 2015); whichever is later.

However, in August 31, 2016, the Coal Ministry, through another notification, revised the effective date of DMF payment to January 12, 2015, and not any other date. This was also in line with the date as earlier specified by the Mines Ministry.

Clarification by SC on DMF operation and effective payment dates

Since the Centre notified the dates of DMFs coming into effect and related payments to be made, mining companies have been contesting the timeframe. In the petition filed by FIMI, two particular questions were raised. The first was regarding the establishment and operation dates of DMF. The petitioners questioned whether it can be from January 12, 2015.

The Supreme Court bench, consisting of Justice Madan B Lokur, Justice Sanjay Kishan Kaul and Justice Deepak Gupta, noted that some state governments have issued notifications establishing the DMF with effect from January 12, 2015 (as directed by the Centre) and some with effect from the date of the notification (of the state) establishing the DMF.

The second question was, whether contributions to the DMFs were required to be at the rate mentioned with effect from January 12, 2015 (as specified under Contribution Rules of the Mines Ministry and also the Coal Ministry)? For this, the SC ruled favourably for the petitioners.

The apex court ruled that for non-coal minerals, the payment will be considered from September 17, 2015 when the Mines Ministry had notified the Contribution Rules (DMF payment). For coal (lignite and stowing for sand), the effective date of payment will be October 20 2015, when the first time the Coal ministry had notified the Contribution Rules, or from the date of establishment of the DMF in the concerned state, whichever is earlier. The Court also struck down the August 2016 notification of the Coal Ministry, calling it “ultra vires” to the rule making power of the Central Government under the MMDR Act.

During the ruling, the apex court also sternly noted the inefficiency of the Centre.  The bench noted that "in view of the failure of the Central Government to prescribe the rate on 12th January, 2015 at which contributions are required to be made to the DMF, the contributions to the DMF cannot be insisted upon with effect from 12th January, 2015".

Mining companies get a breather

The apex Court ruling effectively gives the mining companies a breather of payment for 9/10 months towards DMFs. The Court has also noted that those who have already made payments from Jan 2015, the amounts will be adjusted, though no refunds will be given.

Finally the SC has given time till December 31, 2017 to all leaseholders who have not made the full contribution to DMF to pay the money. Failing to do so will incur an interest at 15% per annum from the due date.