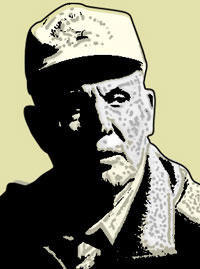 IT was the case of a judgement foretold. When the US Supreme Court on Monday (May 13) ruled unanimously that Indiana farmer Vernon Bowman had violated Monsanto’s patent on genetically modified Roundup Ready soybean, there was not much surprise.  Those who have been following the six-year-old case had known at the February hearing that Bowman, 75, was bound to lose his appeal in the apex court.

What is this case about?  In the simplest of terms, the Bowman v Monsanto Company lawsuit revolves around the question of whether patent rights to seeds which are things that can replicate themselves can extend beyond the first generation. In short, can a farmer replant saved seeds even if these are second generation GM seeds. In 2007, the biotech giant had contended that the farmer had infringed its patent by planting the progeny of GM Roundup Ready soybean seeds. The company won the case in the lower courts which fined Bowman $84,456.20.

The doughty farmer, who describes his case as “a right versus wrong” issue, appealed, arguing that Monsanto’s patent rights are exhausted with respect to all second-generation Roundup Ready soybean seeds.  According to the doctrine of patent exhaustion, the first authorised sale of a patented item ends all patent rights on that item. Besides, Bowman pointed out that he had purchased seed not from Monsanto but from a grain elevator where the corporation’s licensing agreement did not apply. GM seeds purchased from Monsanto and other biotech companies are covered by a licence which says Roundup Ready seeds can only be harvested once and must not be saved or reused.

In an interview to RT, a TV news channel, Bowman had said after a court hearing in February:  "No law was ever passed that said no farmer's can't go to the elevator and buy grain and use it, so to me they either forced their patent on me or they abandoned their patent by allowing it to be dumped it with non-Roundup grain."

The farmer’s had said combatively that if farmers were barred from going to grain elevators which sold a mix of both patented and ordinary seeds as commodity seeds, then “Congress should pass a law saying you can’t do it,” Bowman told RT in February.

But the Supreme Court found no merit in his claim of patent exhaustion. “By planting and harvesting Monsanto’s patented seeds, Bowman made additional copies of Monsanto’s pa¬tented invention, and his conduct thus falls outside the protections of patent exhaustion,” the court said in its unanimous decision  that was scathing in its verdict.  “Were this otherwise, Monsanto’s patent would provide scant benefit. After Monsanto sold its first seed, other seed companies could produce the patented seed to compete with Monsanto, and farmers would need to buy seed only once.”

Legal analysts had noted in February that it was clear which way the wind was blowing in the Bowman v Monsanto Company lawsuit. One commentator had noted that Monsanto lawyer Seth P Waxman, a former US Solicitor General, had been allowed “to talk uninterrupted for long stretches, which is usually a sign of impending victory”.

Waxman had said in court that without the ability to limit reproduction of soybeans containing this patented trait, “Monsanto could not have commercialized its invention and never would have produced what is, by now, the most popular agricultural technology in America. This is probably the most rapidly adopted technological advance in history.” But it’s also controversial since farmers in several nations have challenged Monsanto’s patent regime.

Roundup Ready, which is resistant to the herbicide Roundup, is grown by more than 90 percent of the 275,000 soybean farms in the US.

The Supreme Court noted on Monday: “Bowman argues that exhaustion should apply here because he is using seeds in the normal way farmers do, and thus allowing Mon¬santo to interfere with that use would create an impermissible excep¬tion to the exhaustion doctrine for patented seeds. But it is really Bowman who is asking for an exception to the well-settled rule that exhaustion does not extend to the right to make new copies of the pa¬tented item. If Bowman was granted that exception, patents on seeds would retain little value.”

While Monsanto and the biotech industry welcomed the verdict, the Center for Food Safety, a Washington-based non-profit has described the ruling as an impediment to farmers. Its executive director Andrew Kimbrell said in a statement: “The court chose to protect Monsanto over farmers” and its “ruling is contrary to logic and to agronomics, because it improperly attributes seeds’ reproduction to farmers, rather than nature.”

The centre had in February this year released a report highlighting the dangers of the patent regime and the growing seed monopolies. The report had also said that Monsanto had in the many patent infringement cases it had filed against small American farmers won more than $ 23 million.