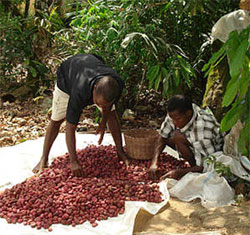 A UN protocol for biodiversity protection and for ensuring that the benefits of natural resources and their commercial derivatives are shared with local communities came into force on October 12.

The Nagoya Protocol on Access to Genetic Resources and the Fair and Equitable Sharing of Benefits Arising from their Utilization is a legal framework under the UN Convention on Biological Diversity (CBD) that governs access to genetic materials and provides rules for groups that use and provide them, such as companies and research institutes. Delegates from more than 190 countries attended the COP 12 to discuss biodiversity and develop strategies to conserve it under the Nagoya Protocol. It would be operational by 2015.

It came into effect 90 days after 50 of CBD’s member states ratified the protocol at the 12th Conference of Parties (COP 12) of CBD in Pyeongchang, South Korea. At present, 54 countries, including India, have ratified the pact, according to a press release by the Montreal-based Secretariat of CBD.

The Nagoya Protocol stipulates the rules for allocating to resource provider countries any benefits that could be derived from the use of biological genetic resources, such as animals, plants and microorganisms. For instance, when a pharmaceutical company develops and sells herbal medicine, a portion of the profit will be given to the country where the materials originated. As many genetic resources—animals, plants and microorganisms, for example—come from developing countries, funds from nations that use such materials can be used to support their preservation. The protocol also requires the resource user country to set up an institution to check if there is any improper acquisition of genetic resources in violation of laws in the provider country. The effectuation of the protocol is expected to boost financial support for developing nations and help conserve ecosystems worldwide.

The Nagoya Protocol provides a clear, transparent, practical and legal framework for the sharing of benefits from commercial activities derived from accessing biological resources and related traditional knowledge between users and providers of such resources. By doing so, the Protocol is a key instrument in the broader package of legislative and policy tools to foster sustainable development and eradicate poverty, said Mukhisa Kituyi, Secretary-General of the UN Conference on Trade and Development (UNCTAD), in a statement on the UNCTAD website.

Achim Steiner, executive director of the UN Environment Program, said in a statement that the Nagoya Protocol “will create greater equity and transparency for both providers and users of genetic resources which will enhance the contribution of biodiversity to development, poverty eradication and human well-being.”

Japan, which hosted the meeting that adopted the protocol in 2010, however, failed to ratify it in time reportedly due to opposition from pharmaceutical companies and other businesses that fear joining the framework would increase their financial burdens. The EU has also failed to ratify the protocol.

The Convention on Biological Diversity and the Nagoya Protocol: intellectual property implications

Overview of national and regional measures on access to genetic resources and benefit-sharing: challenges and opportunities in implementing the Nagoya Protocol