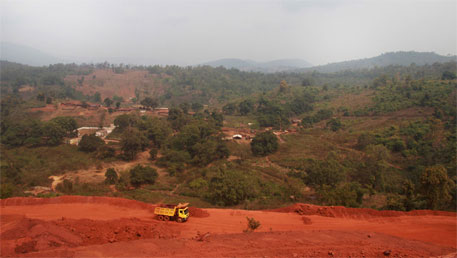 The Union Ministry of Environment and Forests (MoEF) has constituted a high-level committee to recommend within two months amendments in the country’s five key environmental laws to “bring them in line with current requirements” and “objectives”.

The committee is headed by the former Cabinet secretary T S R Subramanian and has Hardik Shah, member secretary of Gujarat Pollution Control Board, as one of the two secretaries.

Among the laws that the committee is supposed to review are the Environment Protection Act of 1986, Forest Conservation Act of 1980, Wildlife Protection Act of 1972, the Water (Prevention and Control of Pollution) Act of 1974 and the Air (Prevention and Control of Pollution) Act of 1981. The laws administered under the MoEF are meant to prevent the harmful impacts of the development activities on the environment. They stipulate certain steps to be taken before an industry is set up or a development project comes up.

Move to dilute laws?
For the past several years, industry has been complaining that the requirements under the environment laws have been hindering economic growth of the country. The NDA government, after coming into power has been on a project clearance spree, at times even bending the laws. The order issued on August 29 by MoEF tasks the high level committee with assessing the status of implementation of each of these Acts while taking into account all the court orders and judicial pronouncements on these Acts. The committee is then supposed to draft amendments in the Acts to “meet objectives”. The “objectives”, however, have not been specified in the order.