The Union Ministry of Finance has recently alleged that green clearances are holding up the country’s infrastructure development and growth. It has proposed setting up a national investment board for taking decisions on environment and forest clearances of projects in case the Union Ministry of Environment and Forests fails to do so within a stipulated time frame. An analysis of the clearances granted during the 11th Five Year Plan by Delhi-based non-profit Centre for Science and Environment shows the pace of such clearances has been unprecedented. The already granted clearances are not yet operational but ministries are asking for more. Highlights of the report that rebuts the proposal 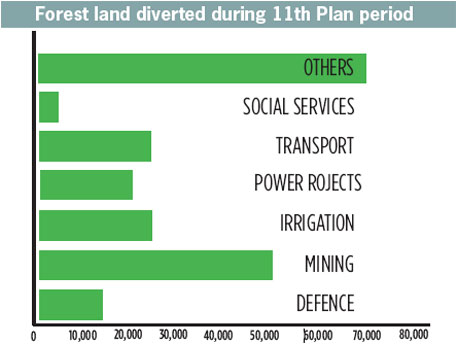 Response of the Ministry of Coal to CSE's fact sheet

Reconstitution of EAC in the Industry Sector for EIA of projects