Ocean litter is making these researchers sail around the world 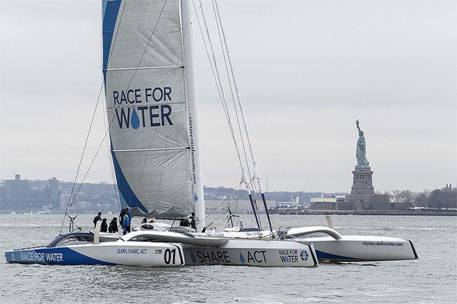 A team of French and Swiss researchers is currently sailing over the Caribbean Sea, preparing to cross from the Atlantic Ocean into the Pacific Ocean through the Panama Canal. The team has spent the last 41 days steering a sailboat to make the first global assessment of the plastic trash we have dumped into our oceans.

Called the Race for Water Odyssey (#R4WO on Twitter), this project aims to sail to beaches in five vortexes or whirlpools of trash (see “Fact sheet”) in the oceans and study destructive plastic pollution in under 300 days. The team will collect large- and small-sized debris and submit it to a laboratory for analysis.

The project will test new methods of technological exploration, including SenseFly’s drone “eBee”, to map zones of plastic pollution. The team will also meet locals at the beaches and collect information about their methods of dealing with plastic waste. 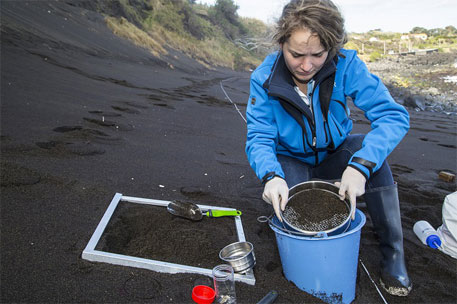 The expedition, which set off from Bordeaux in France on March 15, 2015, has made stopovers in the Azores (off the coast of Portugal), the Bermuda islands, New York and the British Virgin Islands. In New York, the team attended the "Global Partnership on Marine Litter" (GPML), a conference organised by United Nations Environment Programme (UNEP) at the UN headquarters.

"The world's oceans receive an enormous amount of litter each year, much of which is persistent and creates marine pollution that is global and intergenerational," said Achim Steiner, UNEP executive director, in a statement on their arrival in the city. "Collaboration between governments, the private sector, civil society and academia is key to stemming the flow of waste into this fragile environment."

The expedition is being funded by international universities and research centres and executed by Switzerland–based non-profit Race for Water Foundation. Mission goals include developing solutions for collecting and evaluating waste and implementing international regulations against marine pollution.