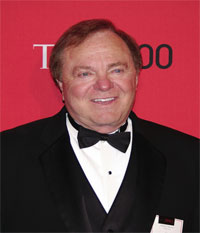 The chief executive officer (CEO) of Continental Resources, Harold Hamm, reportedly wanted certain scientists to be dismissed from their job for showing the connection between earthquakes and fracking, according to Bloomberg News Fracking is the use of pressurised fluid to fracture a rock layer for extracting oil and gas.

Continental Resources is a top US oil and natural gas company based in Oklahoma, a state located in the country's south-central region.

Hamm, a billionaire, reportedly told a University of Oklahoma dean last year that he wanted the scientists dismissed as they were studying the connection between oil and gas extraction and the increase in earthquakes in the state. This was revealed by the dean's email to his colleagues. Hamm is a major donor to the university which is also home to the Oklahoma Geological Survey (OGS).

On his part, Hamm, has denied the allegations saying that he did not use pressure tactics to dismiss scientists. He was quoted by a certain section of the media as saying “I 'm very approachable, and don't think I'm intimidating. I don't try to push anybody around.”

However, an email obtained from the university by Bloomberg News says that Hamm was blunt during his 90-minute meeting with the dean last year.

“Mr Hamm is very upset at some of the earthquake reporting to the point that he would like to see select OGS staff dismissed,” wrote Larry Grillot, the dean of the university's Mewbourne College of Earth and Energy, in an e-mail sent last year to his colleagues.

Hamm also expressed an interest in joining a search committee charged with finding a new director for the geological survey, according to Grillot's mail.

No changes in the varsity

The meeting between Hamm and Grillot, however, effected no changes in the university. The dean has confirmed that nobody was dismissed from work.

Scientists say that the sharp rise in earthquakes in the region is due to the oil and gas industry. This happens due to the underground injection of wastewater which is produced with oil and gas. The water can cause faults to slip, according to scientists.

In a statement issued last month, OGS said, “..It is very likely that the majority of recent earthquakes, particularly those in central and north-central Oklahoma, are triggered by the injection of produced water in disposal wells.”