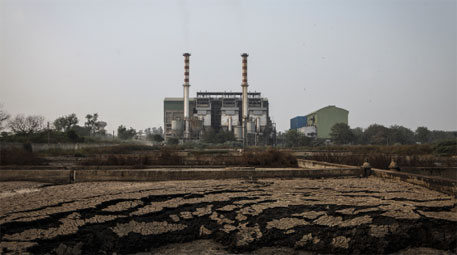 Delhi Chief Minister Arvind Kejriwal on Wednesday assured a delegation of Sukhdev Vihar residents from Okhla area in south Delhi that the polluting incinerator-based waste-to-energy plant being operated close to their homes would be shut down.

Residents gave Kejriwal a copy of a letter written to the Central Pollution Control Board (CPCB) chairperson, demanding answers to 21 questions relating to the controversial plant, including site choice in a residential area and failure to control toxic emissions ever since the plant began operation two years ago. The letter presented indisputable facts about violations of all rules set by the Union environment ministry for such polluting industries. Delhi Urban Art Committee (DUAC) never cleared the project, given the plant’s proximity to the Bahai temple and Humayun’s tomb, which are vulnerable to acid rain.

In such a backdrop, Delhi chief minister’s assurance made the residents and environmental groups quite hopeful. "We are extremely happy with the chief minister's positive response to a horrendous situation in Sukhdev Vihar where people are being poisoned with toxic gases on a daily basis," said Huma Hashim a resident of Sukhdev Vihar and a community leader.

The National Human Rights Commission (NHRC) is hearing a case in connection with the polluting plant which has been filed by NGO ToxicsWatch Alliance (TWA). Earlier, the advocacy group has written letter to Kejriwal in this regard.

The hazardous incinerator is close to Sukhdev Vihar, Zakir Nagar, Okhla Vihar, Ghaffar Manzil Colony, Hazi Colony and Batla House. It is also close to the Okhla bird sanctuary, where during the month of September thousands of migratory birds, including shovellers, pintail, common teal, gadwall and blue winged teal, visit the area.