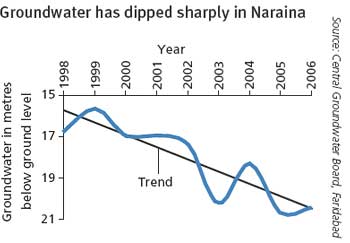 Delhi government makes a lake and a marshland disappear

the Delhi government appears to be determined to construct buildings on lakes instead of restoring them. On August 17, the government filed an affidavit in the Delhi High Court saying the Mayapuri lake and Jehangirpuri marshland are not waterbodies and can be used for development activity. The affidavit was filed in connection with the public interest petition by non-profit tapas that has sought restoration of the waterbodies of Delhi. The petition is being heard in the high court since 2000. This year, the non-profit moved a separate application to save the Mayapuri and Jehangirpuri waterbodies after the Delhi government denied their existence in a (Right to Information) rti reply.

The government's claim came as a surprise because in 2006 the chief engineer of the public works department had filed an affidavit saying the Mayapuri waterbody did exist and was spread over 36,000 sq metres. The latest affidavit said the Mayapuri lake is just an artificial depression caused by the construction of a flyover on an arterial road passing by the Naraina area adjoining Mayapuri.