People near airports are at an increased risk of heart diseases 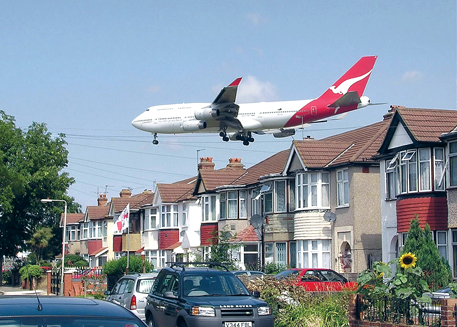 NOISE pollution from aircraft could be a cause behind heart ailments in people living near airports, especially the elderly. A study says there is a positive association between aircraft noise and hospitalisation for cardiovascular diseases.

A 2.9 per cent increase in hospital admission rates for cardiovascular diseases has been observed in areas which have a 10 decibel increase in noise (from 55 dB) due to aircraft. However, this increase was found to be 3.5 per cent due to addition of pollutants like ozone and particulate matter. The association remained positive after adjustment for socioeconomic status, demographic factors, air pollutionÃ”Ã‡Ãªand road density. Researchers noted that most likely reasons for increased cardiovascular hospitalisations could be stress due to hormonal imbalances and increased blood pressure.

The study population included six million people above 65 years of age residing near 89 airports. Approx- imately 23 per cent of the participants were exposed to noise pollution of more than 55 decibel. Overall, 2.3 per cent of hospitalisations among older people living near airports were attributable to aircraft noise.

The study, conducted by Francesca Dominici fromÃ”Ã‡ÃªHarvard School of Public Health, Boston, and his colleagues, has been published in the October issue of British Medical Journal.Ã”Ã‡ÃªDominici says, “It was surprising to observe adverse effects of noise on cardiovascular health, even beyond exposure to air pollution and traffic noise.”

The study also holds importance in the Indian scenario as airports in cities like Delhi and Mumbai are near or in the middle of the city. Noise pollution could also lead to sleep deprivation and hypertension, all causative factors for heart disease, says Anoop Misra, director, centre for internal medicine, Fortis Hospital, New Delhi.

Jonathan Levy, professor of environmental health at Boston School of Public Health, says better strategies should be employed to reduce noise pollution near airports. Improving aircraft and adjusting flight routes to reduce disturbance during sleeping hours could be such initiatives, he says.

The data for study was collected from Medicare, a medical insurance programme in the US, and aircraft noise levels were taken from the US Federal Aviation Administration.