To protest the move, nine tribal youth made a self-immolation bid; another woman suffered a heart attack 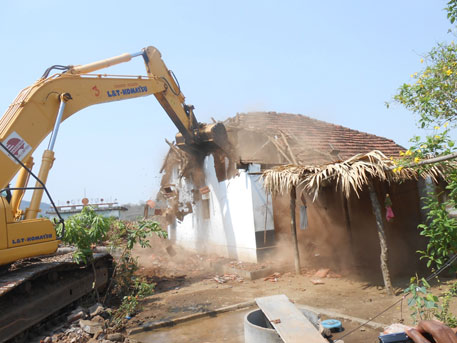 The village has been notified as one of the many villages that will submerge when the controversial Indira Sagar Polavaram Project will be completed. To protest the move, nine tribal youth had made a self-immolation bid and a woman suffered a heart stroke while confronting with the police. The police have taken the youth into custody.

The village has about 40 houses. The police and revenue officials entered the village on Tuesday morning and started demolishing the houses with earthmoving equipment. 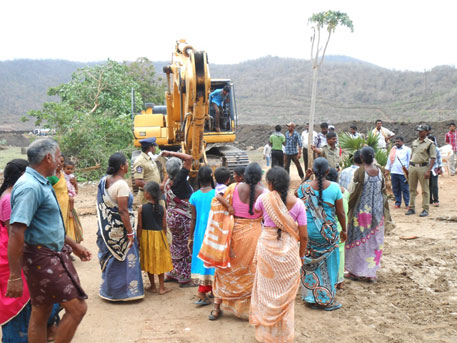 The government has paid the villagers some compensation under 2006 resettlement and rehabilitation package. However, the villagers, including adivasis as well as non-adivasis, have been demanding their rights under The Right to Fair Compensation and Transparency in Land Acquisition, Rehabilitation and Resettlement Act, 2013. The act provides for "land for land" in the same region for people affected by irrigation projects. The Act also has provisions to ensure that all benefits to the Scheduled Tribes and Scheduled Castes in the affected area continue in the resettlement area.

Earlier in 2013, ignoring the resistance of the residents, the authorities had conducted bhumipuja for the head works of the project at Angaluru.

The Rs 16,010 crore mega project is under construction in West Godavari district across the Godavari river. More than 300 villages will be submerged and more than 200,000 will be displaced by the project.