Of the 74 cases reported worldwide this year, 59 were from Pakistan. No case in India so far 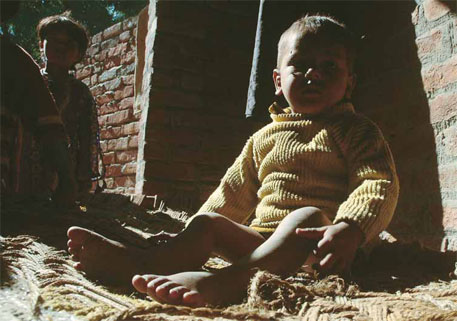 The world has witnessed a sudden spurt in polio cases this year. The World Health Organization (WHO) says the spurt is alarming because the cases are being reported in what usually is the low transmission season. The apex health body of the United Nations held a meeting of its “Emergency Committee for the international spread of wild poliovirus” in the last week of April to discuss the issue. On
May 5, it declared a public health emergency situation.

The wild poliovirus is still present in 10 countries. These are Afghanistan, Cameroon, Syria, Equatorial Guinea, Ethiopia, Israel, Nigeria, Pakistan, Somalia and Syrian Arab Republic. A total of 74 cases have been reported till

April. More are likely with the onset of the high transmission season in June.

The spread this year has been from Pakistan to Afghanistan, from Syria to Iraq and from Cameroon to Equatorial Guinea. Of the 74 cases reported this year, 59 have
been from Pakistan. Of these, 46 have been from the Federally Administered Tribal Areas in northwestern part of the country, especially North Waziristan.

In a media report published on May 10, Imtiaz Ali Shah, head of the provincial government’s Polio Monitoring Cell in Khyber Pakhtunkhwa, said that 42 cases have been reported from the tribal area of North Waziristan and this is the area from where the virus is spreading. Shah said non-state groups active in Waziristan do not allow vaccination.

In 2005, Pakistan was very close to polio eradication, with only 25 reported cases. But a section of society has been opposing vaccination, says Shah. Extremist groups say the drive is a garb for espionage activities by foreign countries. Such groups have declared a ban on vaccination in North Waziristan since 2012, say local media reports.

In the past couple of years, the polio virus from Pakistan has been reported in Israel, Iraq, Syria, West Bank in Gaza and Cairo. The outbreak in China two years ago was also reported to have been caused by the same strain.

During a teleconference on May 5, Bruce Aylward, assistant director general of WHO, said that the situation posed a very real threat to global polio eradication efforts. WHO also said that the problem is particularly acute today because a large number of polio-free countries are conflict-torn and do not have strong immunisation routines. The seriousness of the situation can be gauged from the fact that this is only the second time WHO has declared a public health emergency. The first time it did so was in 2009, during the H1N1 pandemic.

WHO says the countries from where the virus is spreading should declare the problem a national public health emergency and ensure that everyone going out and coming into the country is vaccinated four to 12 weeks
prior to the travel. These travellers should also be provided with an international certificate of vaccination. For the countries where the virus is still present but is not being “exported”, WHO recommendations are the same but immediate vaccination before travel is not mandatory.

Jayaprakash Muliyil, professor at the community health department of Christian Medical College, Vellore, who is also member of India Expert Advisory Group for Polio Eradication, says that some countries, such as Pakistan, are not serious regarding polio vaccination. He says India needs to be alert about the situation and not allow immunisation levels to fall.

WHO has scheduled another meeting in the first week of August to evaluate the problem. It says the situation, if controlled, is not likely to impact the 2018 deadline for global polio eradication.