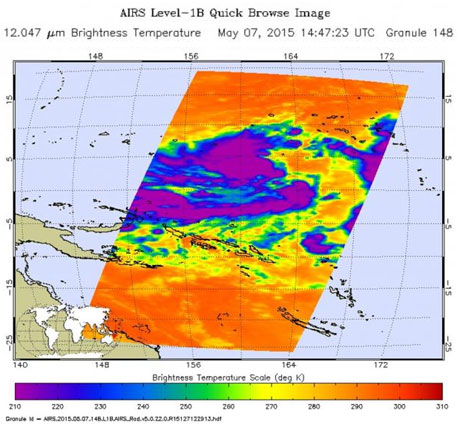 People in the Philippines are on alert as a typhoon warning was sounded in the country.

Tropical Depression 07W, currently 254 miles southeast of Pohnpei in the Pacific Ocean, is starting to get organised, said a release by NASA/Goddard Space Flight Center. The typhoon is expected to make landfall in the Philippines on Sunday.

Reuters reported that the country’s National Disaster Risk Reduction and Management Council was alerting authorities to keep stocks of food, medicines and other relief material ready.

People living around the Bulusan volcano have been asked to evacuate as heavy rains may cause debris from recent ash explosions to rush down the mountain slopes as mudflows, AFP reported.

In 2013, Super Typhoon Haiyan struck the Philippines, leading to thousands of deaths.