Rain stays away from much of India, revival expected in July 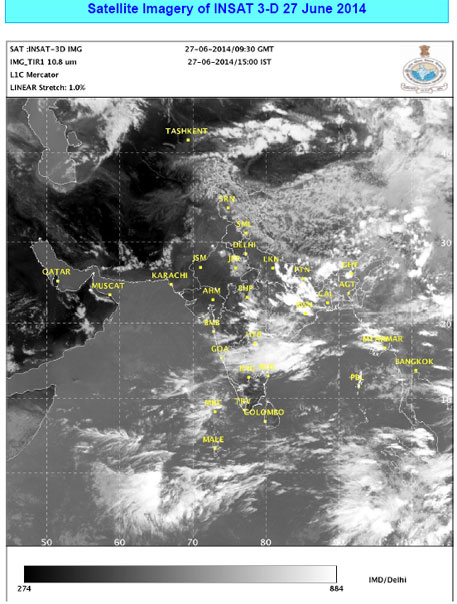 The onset of south-west monsoon over India in June brought little relief after a scorching May this year. Rainfall in June was 40 per cent less than average for the country as a whole and some parts suffered more than the others, according to the latest statement released by the India Meteorological Department. However, the good news is that monsoon revival is expected from July 6 onwards. Even if the loss of June is not recovered, normal rainfall in July will give respite to people, farmers in particular.

In its forecast for June 26-July 15 period, IMD said, "Monsoon revival is likely over many parts of east, adjoining central and north peninsular India from July 6 onwards when above normal rainfall activity is expected. West coast is also likely to experience above normal rainfall activity from the
beginning of July." Sikkim in the north-east and West Bengal in the east are expected to get above average rainfall. But IMD added that rainfall may remain below normal over western parts of the country during the same period.

Deficient rains in 25/36 subdivisions
The worst affected part in June (June 1-25) was central India where rain deficit was 57 per cent. Eastern and north-eastern parts too faced deficit rainfall in the given period (29 per cent less). But they recovered in the last week from June 19-25 and received 14 per cent above normal rainfall.

Out of 36 meteorological subdivisions, rainfall was excess in five, normal in six and deficient in 25.

The monsoon did not move towards north in the last one week, delaying its arrival above southern peninsula.