Kruger National Park, one of South Africa's leading tourist attractions, has lost 370 of the animals to poachers this year 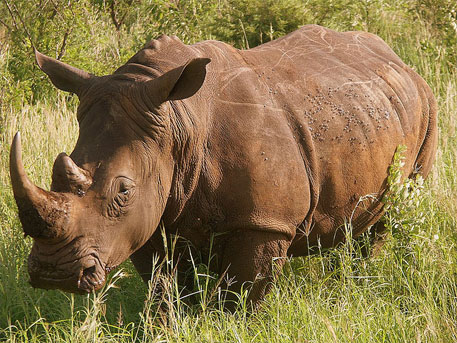 A South African court has sentenced a rhino poacher to 77 years in jail, the heaviest penalty ever imposed by authorities striving to protect endangered animals.

“Mandla Chauke was convicted of shooting three rhinos, as well as murder and possession of illegal firearms, after he and two other poachers cut through wire fencing and infiltrated the flagship Kruger National Park in 2011,” says Reuters, quoting officials.

The murder charge was added because one of Chauke's accomplices was killed in a shootout with park rangers. The third poacher escaped.

Media reports also suggest that Kruger, one of South Africa's leading tourist attractions and home to many of its 22,000 rhinos, has lost 370 of the animals to poachers this year.
"Our wish is to see a significant increase in such convictions," South African National Parks chief executive Abe Sibiya is quoted saying.