Save nature, do nothing

In some cases, doing nothing is the way to preserve ecology 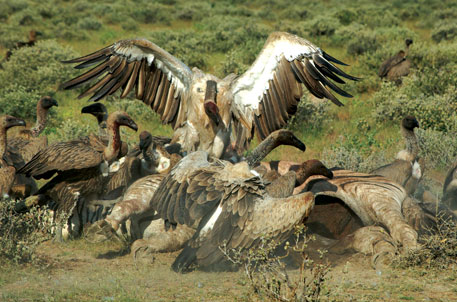 IN A radically new approach towards conservation of biodiversity, researchers have suggested that in certain scenarios it is best not to interfere with the natural habitat. Conservation efforts generally entail elaborate action plans to counter threats to biodiversity and wildlife. But it has been seen that there is too much action without proper understanding. This creates problems as it interferes with the workings of nature. Can we really conserve biodiversity by doing nothing? This novel point was raised at the recently concluded Student Conference on Conservation Science held at the Indian Institute of Science (IISc) in Bengaluru.

The studies and discussions held at the conference indicated a change in focus from the traditional conservation science. The “do nothing” concept, which received much acclaim at the conference, was suggested by Wayne Getz, professor at the department of environmental science, policy and management at the University of California, Berkeley, US.

Getz did a study on integration of different sciences for controlling the anthrax bacteria in Etosha national park in Namibia. He was taking questions after presenting this study at the IISc conference when a participant asked him about ways to prevent outbreaks of anthrax in the park. Getz replied by saying: “Do nothing”.

He explained that anthrax outbreaks in the park are a part of natural ecological balance and are necessary to check the population of herbivores. He emphasised that since the outbreaks are happening within the natural system of Etosha national park, there is no threat to humans and, therefore, nothing should be done. “Sometimes doing nothing is the best thing to do and it requires a lot of courage. To do something you need to have a very good reason,” said Getz. “For instance, if this natural system of Etosha national park were connected to domestic animals that are closely associated with humans, then we may have had to do something about it,” he added.

Anthrax bacteria is one of the deadliest organisms on earth and inhalation of aerolised anthrax is fatal. It has been used for bioterrorism.

Conservationist K Ullas Karanth, director of the Centre for Wildlife Studies, Bengaluru, says, “I generally agree with this idea. What we may need is intelligent, knowledge-based tinkering. Whether there is a need to act depends specifically on the context. The sad thing is that action without any basis (other than law enforcement) often does more harm than good. Most habitat management in wildlife reserves in India now belong to this category, which needs to be stopped,” he says.

Generally conservation efforts have been associated with large animals such as tigers and elephants; even birds and plant species. But conservation of microorganisms is not popular among mainstream conservationists. Thangam Menon, professor and head of the department of microbiology, University of Madras, Chennai, says, “Conservation should certainly include microorganisms, though their ubiquitous nature, requirement of specific growth conditions and diversity may pose challenges.” She adds, “Apart from their role in habitat conservation, many of them have important biotechnological and industrial uses. So conservationists cannot afford to underestimate the role of microorganisms in the environment.”

The conference, which was held from September 25-28, was attended by more than 300 students from 14 countries across Asia, Africa and the US. The research papers were largely based on mapping, distribution and behavioural studies of different wildlife species with an emphasis on conservation.