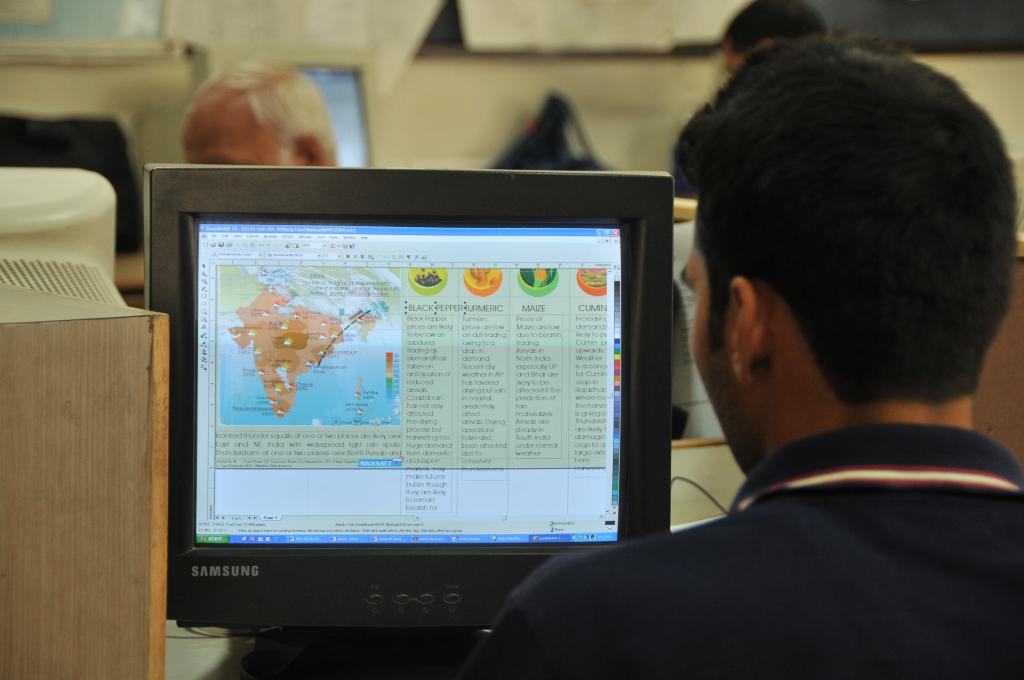 Ministry of Earth Sciences claims weather and climate prediction has improved in the past five years (Credit: Meeta Ahlawat/CSE)

A new, advanced weather prediction model was made operational on January 16 by the Ministry of Earth Science for more accurate forecasts.

The very high resolution (12 km) global deterministic weather prediction model has been on trial since September 2016. The model, as per the ministry, has shown significant improvements in skill of daily weather forecasts.

The new model replaces an earlier version which was responsible for predicting the path and intensity of Vardah cyclone and the North Indian cold wave. While the previous model had a horizontal resolution of 25 km, its successor has been upgraded to 12 km resolution.

The ministry’s Ensemble Prediction System (EPS) will also be upgraded from 25 km resolution to 12 km. The EPS helps overcome the uncertainties in forecasts. It involves the generation of multiple forecasts using slightly varying initial conditions. The EPS also help generate probabilistic forecasts and quantify the uncertainties.

State of weather forecast in India

The Ministry of Earth Sciences claims weather and climate prediction has improved in the past five years. It cites its successes in predicting tropical cyclones Phailin/Hudhud, heavy rainfall event in Chennai during December 2015, deficient rainfall during monsoon season of 2015 as examples of this

In June last year, scientists from India and the UK launched a collaborative project worth 8 million euro to predict monsoon by studying ocean processes in the Bay of Bengal and atmospheric measurements. The project, funded by the Natural Environment Research Council, the Newton Fund, the Indian Ministry of Earth Sciences and the UK's Met Office, aims at gaining a better understanding of physical processes so that the dependence on imperfect models for predicting monsoon rainfall is reduced.

In 2014, the India Meteorological Department faced criticism for its outdated prediction system after Uttarakhand experienced unexpected, heavy rainfall and cloudburst.

A 2007 report by Down To Earth pointed out shortcomings of India’s weather prediction system then. India’s model was found to be lacking when compared to systems in place in UK, USA, Japan and other countries. In that year, India was still using the outdated statistical model, while international organisations moved to the global circulation model.

The ministry says that research and development activities are been carried within its departments on weather prediction model development and data assimilation methods.