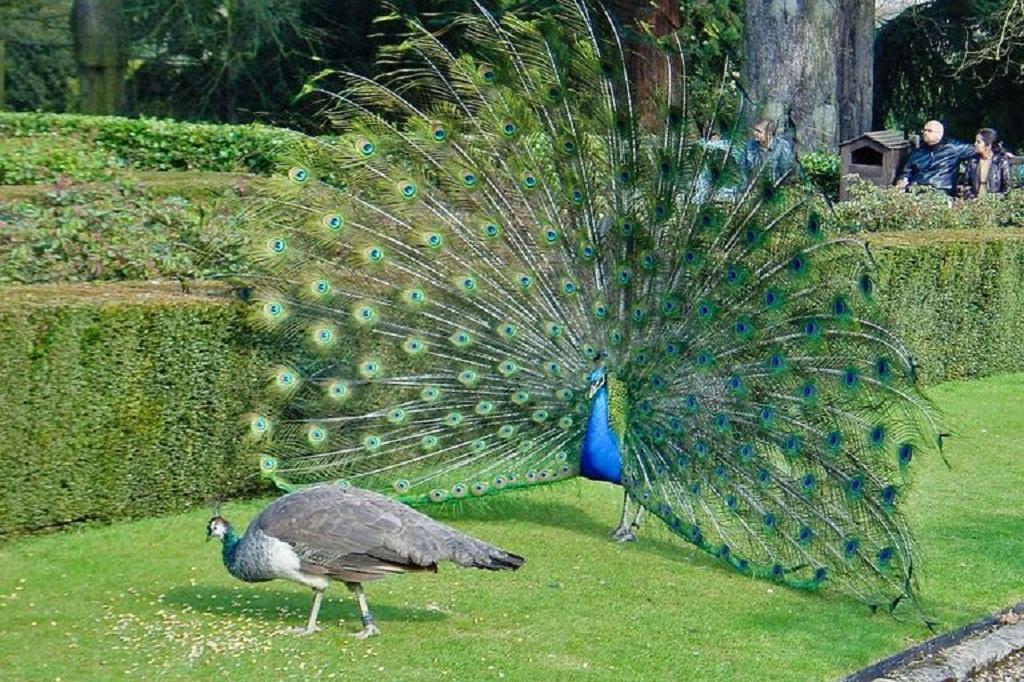 After a two-year long effort, a team of researchers from IISER-Bhopal has been able to sequence the genome of India’s national bird, the peacock (Pavo cristatus). Knowledge of the genome can provide insight into the genetic reasons that enable peacocks to have ornate feathers and fly despite their weight – two characteristics of the peacock that have been puzzling scientists.

The researchers have made their findings publicly available on the research pre-print server bioRXiv (pronounced bio archive). They also hope to publish their findings in a peer-reviewed journal, soon.

The study revealed that the entire peacock genome consists of 1.1 billion base pairs (base pairs are units of DNA) and codes for a total of 15970 genes. When these genes were compared with those of closely related birds like chicken and turkey, the researchers found that up to 99 genes in peacock are strikingly different.

Most of these ‘different’ genes are involved in early embryonic development or in providing immunity to the bird. These genes could also be reason behind the “unusual size and structure of peacock feathers and its higher longevity,” said lead researcher Vineet K Sharma, an associate  professor at the Department of Biological Sciences, IISER Bhopal.

Guojie Zhang, one of the organisers of the B10K project, an initiative to sequence the genomes of all existing bird species by the year 2020, called the discovery of the 99 ‘different’ genes “very exciting”.

“It offers many candidate genes for understanding the unique feathers in peacocks. It could be interesting to see how these genes and their specific mutations control the morphology in peacocks,” he said.

Peacocks live for 25 years, much longer than other closely related birds such as the chicken, which live for 7-8 years and the turkey, which lives for about 10 years. It is possible that the immunity-related genes unique to peacock help them ward off diseases much better than other birds and consequently have a longer life.

Peacocks also have a peculiar system of selecting sexual partners. Interestingly its not the peacocks who choose, but the peahens. Studies (such as here, here and here) have shown that, in making their choice, peahens are guided by the state of a peacocks feathers- number of eyespots, iridescence of the feathers and even the manner in which the male displays its feathers.

Though more research may be required to prove this beyond doubt, it is likely that the feathers, that make the bird seemingly unwieldy may actually be helping in better natural selection.

The sequence information also allowed the researchers to look at peacock’s evolutionary history. The peacock population suffered at least two ‘bottlenecks’ or population crashes, one around 4 million years ago and the other 450,000 years ago. The reasons for these bottlenecks are however, not clear now.

“The study is an important first step to look at the evolution of peacock genome”, said Zhang. The researchers have used the “short reads technology” for sequencing which does not produce a good genome assembly. “After this, the authors might want to improve their genome assembly so they could obtain more new insights on why the peacock is so different from other bird species,” he added.

Going ahead, the IISER Bhopal team would work on experiments that elucidate the exact functional role of these genes to improve our understanding of “genotype-phenotype correlations for peacocks,” said Shubham Jaiswal, another researcher associated with the study.

“We are also going to use the genome sequence data to derive the complete chromosomes for this species,” he added.

This study has created the perfect opportunity to get a deeper understanding about our national bird. It has the potential to inform researchers studying various aspects of peacock’s life and create better conservation strategies.

Immediate benefits aside, studies like this “help us to understand why birds are so different from other vertebrate species, such as, what makes them fly, why they have beaks but not tooth, why they have colourful feathers, why peacocks have elongated tails and eye spots on feathers, why penguins lost the ability to fly but can dive in the sea, why the hummingbirds are so tiny but ostriches so big in body size,” said Zhang.

“Such genome-based forays into understanding birds have the potential to completely change our view of how birds evolve,” he added.

(This article was first published by Mongabay. Read the original here.)