Black carbon has claimed 1.15 million lives across the world 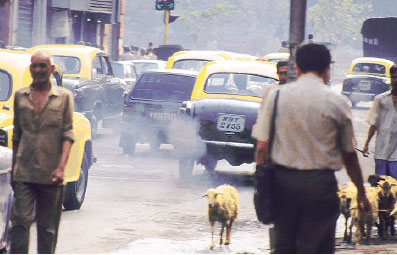 Unlike carbon dioxide and other greenhouse gases that remain in the atmosphere for years, black carbon takes roughly 10 days to be cleaned out from the atmosphere. Despite its short life span, black carbon has claimed 1.15 million lives worldwide. This was observed by experts at the plenary session of the Anil Agarwal Dialogue (AAD) for 2015, 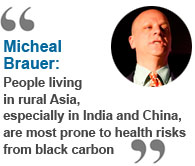 an annual event of the Centre for Science and Environment in memory of its founder, Anil Agarwal. AAD 2015 focuses on short-lived climate pollutants under the theme, ‘the poor in climate change’.

While domestic emissions from inefficient fuel such as firewood has been considered the major contributor, experts said that black carbon emitted from diesel have impacted 75 per cent of the people affected by short-lived pollutants. “In an earlier study conducted in China, it was found that 50 per cent of the people living close to the highways facing emissions from diesel vehicles suffered from pulmonary diseases  as compared to those who stayed in the interior parts,” said Micheal Brauer, professor, Faculty of Medicine, School of Population and Public Health, University of British Columbia, Canada. He also said that people living in rural Asia,

especially in India and China, suffer the most as there is slow improvement in switching to better fuels, such as cooking gas, from solid fuels such as wood or coal. The particulate matter, which also comprises black carbon, is highest in Asia, he added.

But health is just one factor. A Jayaraman, director of the National Atmospheric Research Laboratory, Andhra Pradesh, said at the dialogue that black carbon emissions, especially from domestic sources, increase the aerosol radiative forcing. Radiative forcing is essentially related to absorption and reflection of sun rays due to the presence of certain particles; the process either cools the atmosphere or warms it. 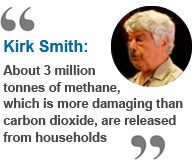 Black carbon from diesel warms up the atmosphere significantly, Jayaraman said, adding that biomass burning in the country contributes to 30 per cent of black carbon.

Kirk Smith, a professor with the Environmental Health Services, University of California, Berkeley, pointed out that 26 per cent of black carbon is a result of household emissions, which also contribute to other deadly compounds in the atmosphere. “About 3 million tonnes of methane, which is more damaging than carbon dioxide, are released from households,” he said.

One of the ways to mitigate this is to give access to better and efficient cooking fuel and technologies to the poor.

Ellen Baum, executive director, Climate and Health Research Network, a US-based non-profit, noted that black carbon causes significantly higher warming over the Arctic  due to a combination of the warming effect in the atmosphere and melting of Arctic snow and ice. Inefficient burning of firewood in brick kilns also emits black carbon, he added.