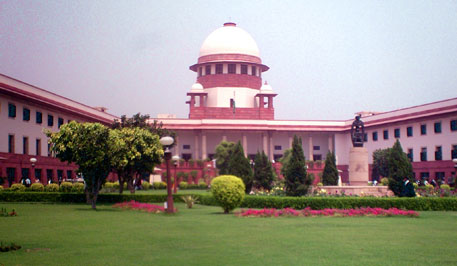 The apex court of India has directed the Centre to ban import of all toxic and hazardous waste into the country in an ongoing case being heard for the past 17 years. The court also asked the government to make changes in the Hazardous Wastes (Management and Handling) Rules of 1989 so that the law complies with all the provisions of the Basel Convention, to which India is a signatory. The Convention prohibits import of hazardous substances and imposes certain obligations on the party countries to take positive measures to minimise the consequences of hazardous waste on human health and the environment.

The Supreme Court bench of justice Altmas Kabir and J Chelameswar, in their order dated July 6, added that the hazardous waste rules need to take note of Article 21 (right to life), Article 47 (duty of the state to raise the level of nutrition and the standard of living and to improve public health) and Article 48A (protection and improvement of the environment and safeguarding of forests and wildlife) of the Indian Constitution.

The direction was given on a public interest petition filed by the non-profit, Research Foundation for Science, Technology and Natural Resource Policy, in 1995. The petition had requested the court to ensure compliance of international and national laws governing hazardous waste and ban import of all hazardous wastes.

“Declare that without adequate  protection to the workers and the public and without any provision of sound environmental management of disposal of  hazardous/toxic  wastes, the Hazardous  Wastes (Management & Handling) Rules, 1989, are violative of Fundamental Rights and, therefore, unconstitutional,” the petition had said. While passing the order, the court noted that the petitioner has played a very significant role in bringing into focus some very serious questions involving the introduction of hazardous substances into the country.

“The writ petition has been treated by all concerned not as any kind of adversarial litigation, but litigation to protect the environment from contamination on account of attempts made to dump hazardous wastes in the country, which would ultimately result in the destruction, not only of the environment, but the ecology as well,” it added.

Emphasising the need to follow the provisions under the Basel Convention, the court noted, “In the peculiar facts of the case, there will be no order as to costs. India is a signatory, both to the Basel Convention and also the MARPOL Convention, and is, therefore, under an obligation to ensure that the same are duly implemented in relation to import of hazardous wastes into the country.”

Under the MARPOL Convention, the signatory countries are under an obligation to accept the discharge of oil wastes from ships in order to prevent pollution of the seas.

The court also referred to two of its previous orders of October 13, 1997 and October 14, 2003  that gave specific directions to the Centre about the management of hazardous waste. These included ensuring safe disposal of hazardous waste, curtailing ship-breaking and guidelines put forward by the Supreme Court monitoring committee regarding hazardous waste generation and its disposal in the country.

But the response of the government has been slow. It took the government years to file an affidavit on the status of the implementation of the Supreme Court directions on hazardous waste, including ship-breaking. A number of applications have been filed to ban entry of decommissioned ships for dismantling in India—the latest being Exxon Valdez rechristened Oriental Nicety—currently anchored off the coast of Bhavnagar  in Gujarat. The matter is scheduled to be heard next on July 9, 2012.