The loss of wisdom

A survey says India has lost a fifth of its languages in the past five decades. With the death of these languages we have also lost the keys to access the knowledge and cultural history of the people who spoke them

Almost every few months we get reports announcing the death of the last speaker of some language or the other. According to one estimate, 6 per cent of the world's languages today are spoken by 95 per cent of the world's population. Now a survey points out that India has lost a fifth of its languages in the past five decades. The two year-long survey by the Vadodara-based Bhasha Research and Publication Centre revealed “that the  country had 1,100 languages in 1961, but nearly 220 of them have disappeared.” Sociolinguist Ganesh Devy, writer and lead co-ordinator of the survey, believes most of the lost languages belonged to nomadic communities scattered across the country. “Were they alive, they would have been spoken by three to four per cent—around 50 million people,” Devy told the media.

There is a school of thought that believes that as globalisation sweeps the world, it is natural that communities that had earlier lived in relative isolation will seek interaction with the wider world. In the process, many of these communities might stop using their languages. Linguistic diversity might be an unhappy casualty of globalisation. Why fight this tide?

One variant of this argument holds that as cultures evolve, groups naturally shift their language use. So asking communities to hold on to languages they no longer want is more an academic concern rather than a practical one. Another stream of argument against linguistic diversity holds that communities are best served by a language which can be used to communicate intelligibly with the greatest number of people. So  the fewer the number of languages, the fewer the chances for misunderstanding one another.

A whole way of thinking dies

The loss of language, however, does not merely mean the loss of a mode of communication. It's not just about the loss of a few thousand words. Languages are not simply a collection of words put into order by grammar and syntax. In many ways, languages are like living organisms that express the associations we forge. Languages exist not only for the purposes of practical communication; they convey a linguistic community’s entire mode of thinking and its culture. So when a language dies a way of thinking dies with it.

Each language is like a code that describes knowledge about medicinal secrets, ecological wisdom, weather and climate patterns, spiritual attitudes, and artistic and mythological histories. The Tulu language, for example, spoken by a little more than a million people preserves epic poems of the 13th century. The loss of its script then is akin to the loss of a key that could have been used to unlock a treasure trove of knowledge. 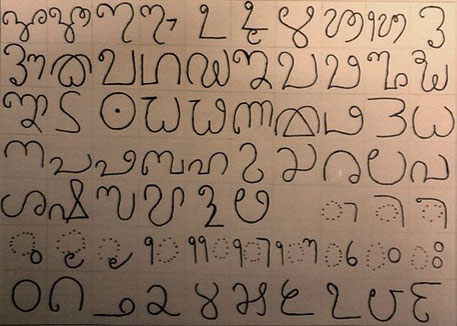 But then evolution and change in languages is a part of history. Most of the languages spoken today would be scarcely recogniseable from what they were a few thousand or maybe even a few hundred years ago. The English that we use today is very different from what it was at the beginning of the Christian era. It's in fact different from even the language Shakespeare used.

True. But a large number of languages whose extinction we lament never had a written tradition. The last speakers of these languages were not just repositories of their culture, they were also our last links to a school of ecological wisdom. Many folk taxonomies, for instance, challenge our assumptions about species categorisation. The linguist K David Harrison, for example, has written on the ways in which the Wayampi people in Amazonia classify birds according to the competition they offer for fruit; as a result, a falcon is put in the same group as toucans. Most nomadic communities in India—and elsewhere—have a complex vocabulary to describe their livestock. Harrison puts it aptly,  “To allow languages to become extinct—along with the culture and ecologies that they encode—is to risk an erosion of knowledge whose value, once lost, we can never quantify.