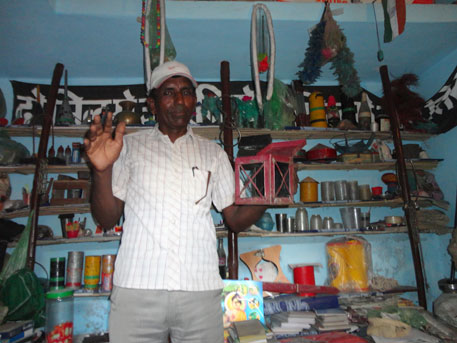 Shrikant Kushwaha, aged about 50, is a farmer in the nondescript village of Govindpur in Vaishali district of Bihar. Illiterate and barely able to write his name in Hindi, Kushwaha converted almost his entire village to organic farming. All by virtue of his talent for magic.

Kushwaha’s interest in the art of magic was sparked 10 years ago. Enchanted by the performance of a magician at a village fair, he decided to learn the art, and mastered it in 15 months flat. “That was my first brush with magic,” he says. His skill at the art helped convince his fellow farmers to switch from using synthetic fertilisers to organic compost.
In 2003, he attended government training sessions on making organic fertiliser from cow dung through vermicomposting, and pesticides using cow urine. Enthused by the training, he began to feed his cattle double the quantity of feed every day to collect the large quantity of cow dung needed for the purpose. “Magic would happen when I sprinkled organic fertiliser and pesticide in my two acre field. I saved Rs 20,000 and got a bumper crop of vegetables in just six months,” he says. His earnings bought him a television set and a stock of magic equipment.

At an agriculture fair in 2005, Kushwaha was dismayed at the lack of interest of farmers at the government training session on organic farming. He ran home, and brought back two empty boxes, a fistful of seeds and a few small plants. On stage, he announced one box had seed with organic fertiliser, and the other box had seed with synthetic fertiliser. “I put a lid over both the boxes and announced, ‘let’s see which seed grows faster’,”. When the lid was lifted, the seeds treated with organic fertiliser had seemingly grown into small plants faster than those treated with synthetic fertiliser. After the applause for his act died down, Kushwaha began to explain the science and economics of organic farming. It’s all about science; magic is science and farming is science, too, he says.

His simple explanation of organic farming impressed those at the training and all the farmers of the village agreed to attempt using organic pesticides and fertilisers. Kushwaha went on to conduct 20 training sessions in his village, teaching farmers how to make fertilisers through vermicomposing. He would keep them entertained with magic tricks all the while, making a little ball vanish into thin air, or pulling a pigeon out of a hat.

The magician’s spell worked. In 2005, 85 out of a total of 105 farmers had taken to organic farming. The number rose to 92 by the end of the year. The government of Bihar declared the village of Govindpur an Organic Village in 2006. 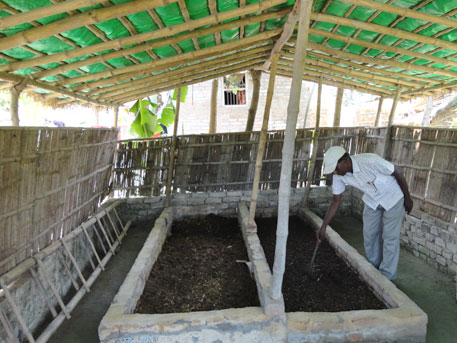 “Our sons used to graze and feed the cattle. When our sons migrated to the cities, most of us decided to sell our cattle,” says farmer Debnarayan Bhagat, who now owns only one buffalo. Cattle rearing is very labour intensive, he says.

With cattle being sold off and the number of cows and buffaloes having dwindled from 180 to just 20, there was a shortage of cattle dung for vermicomposting, and the village started slowly shifting back to using chemical fertilisers. Only 18 farmers in Govindpur are engaged in organic farming today.
Sharma says his organisation tried to market the organic produce of Govindpur, but failed to find a good market linkage. “Farmers like Kushwaha have cast their magic spell but all in vain because of government apathy,” he says.

Alarmed at these developments, Kushwaha tried to meet agriculture department officials for help in reversing the trend, but to no avail. He attributes the failure of organic farming in the village to improperly thought through government schemes. “First they promoted vermicomposting, but then forgot that it needs cattle dung. Their plans are far from reality,” he says.
Despondent, he locked himself in his home, he says. “But one day, I stopped grieving and came out of my home, thinking that in the world of science, there is always a new trick,” says the magician.

Kushwaha  went to the VASFA office to learn new methods of organic farming, and continues to teach farmers in neighbouring villages about vermicomposting. He is still unhappy about the scale of the initiative. “I know vermicomposting is not possible if there are not enough cows,” he says. He still hopes that the cows will come back to make the village prosperous again.