US’ California grappling with “exceptional drought”

Unprecedented measures, including emergency funding and restrictions on water use, being taken by the state 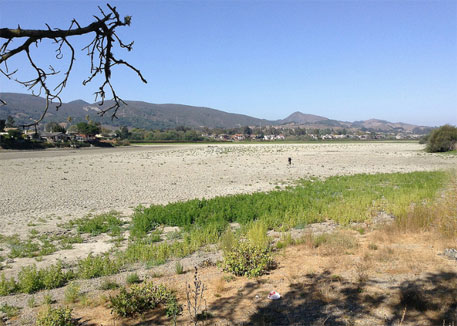 Amid a drought which is officially in its fourth year, California’s governor has signed an emergency fund of US $ 1 billion. The funds will aid drought relief and water infrastructure measures in the US state.

"This funding is just one piece of a much larger effort to help those most impacted by the drought and prepare the state for an uncertain future," said Governor Jerry Brown, as quoted by Reuters. Before this, the state had reportedly taken some unprecedented and stringent measures to curb usage of water, including limited water for irrigation and bars.

Reuters has also reported that last November, state voters passed a $7.5 billion water bond, the most significant statewide investment in water supply infrastructure in decades to fund storage of water.

Meanwhile, prolonged drought and warmer temperatures have triggered a spike in the number of winter days thick with soot and dirt, while summer days have been marred by smog.

According to a most recent drought report, more than one-third of the state is grappling with an “exceptional drought”. The report went on to say that rain across southern-most portions of the nation provided drought relief, while dry weather maintained or worsened drought from California into portions of the Rockies, Plains, and Upper Midwest. In addition, above-normal temperatures further reduced already-dire mountain snowpacks over much of the West and accelerated pasture and crop-water demands in the nation’s mid-section. Dryness also increased in the Northeast, though below-normal temperatures mitigated the impacts of the precipitation deficits.