Rules to be finalised after public consultations aims to prevent 2,700 to 6,600 premature deaths and about 150,000 asthma attacks 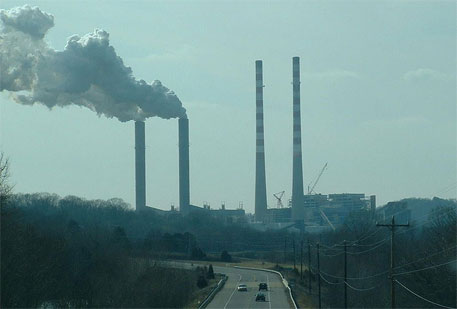 The United States (US) has released its draft rules to regulate carbon emissions as a part of president Barack Obama’s climate change agenda.  It directly targets coal power plants and aims to cut carbon emissions from the power sector by 30 per cent nationwide below 2005 levels by 2030. The rules made by the US Environment Protection Agency (USEPA) and released on June 2 are said to be a much awaited and bold step taken by US on climate change so far.

Power plants account for roughly one-third of all domestic greenhouse gas emissions in the US, which has around 600 such plants. While there are limits in place for the level of arsenic, mercury, sulfur dioxide, nitrogen oxides, and particle pollution that power plants can emit, there are currently no national limits on carbon pollution levels, said USEPA in a statement released on June 2.

"Climate change, fuelled by carbon pollution, supercharges risks to our health, our economy, and our way of life," said USEPA administrator Gina McCarthy. "By leveraging cleaner energy sources and cutting energy waste, this plan will clean the air we breathe,” said McCarthy.  Along with reducing greenhouse gas emissions, the rules also aim to cut particle pollution, nitrogen oxides, and sulfur dioxide by more than 25 per cent as a co-benefit by 2030. The USEPA also forecasts that the rule will prevent 2,700 to 6,600 premature deaths and 140,000 to 150,000 asthma attacks. Reportedly, Obama directed USEPA to write this rule after Congress defeated a climate bill in 2010.

Environmental groups in the US have hailed the rules, but a section of industry and politicians seem troubled by it. Nick Rahall, Congressperson from West Virginia, announced he would introduce a legislation along with other representatives to stop the USEPA plan. Rahall was quoted by media saying, “This new regulation threatens our economy and does so with an apparent disregard for the livelihoods of our coal miners and thousands of families throughout West Virginia.” Bill Bissett, president of the Kentucky Coal Association, said he's "certain that it will be very bad news for states like Kentucky who mine and use coal to create electricity." The US Chamber of Commerce, an industry body, has said that the USEPA rules could cost US economy $51 billion and 224,000 jobs annually through 2030.

The Clean Power Plan will be implemented through a state-federal partnership. The proposal provides guidelines for states to develop plans to meet state-specific goals to reduce carbon pollution and gives them the flexibility to design a programme that makes the most sense for their unique situation.

States can renovate existing coal-fired plants with newer, more clean-burning technology; they could switch coal plants to natural gas, which produces much less carbon; and they could try to persuade residents to be more efficient in their use of electricity. The rules aim to shrink electricity bills roughly 8 per cent by increasing energy efficiency and reducing demand in the electricity system by 2030. The USEPA rules follow steps laid out in president Obama’s Climate Action Plan of 2013.

USEPA will accept comments on the proposal for 120 days after publication in the Federal Register and finalise the plan in June next year.

The agency in its another report, Climate change indicators in US, released on May 28, presented clear evidences that the impacts of climate change are already occurring across the US. The report findings say that average temperatures have risen across the contiguous 48 states since 1901, with an increased rate of warming over the past 30 years.

Seven of the top 10 warmest years on record have occurred since 1998. Tropical storm activity in the Atlantic Ocean, the Caribbean, and the Gulf of Mexico has increased during the past 20 years. Along the US coastline, sea level has risen the most along the Mid-Atlantic coast and parts of the Gulf Coast, where some stations registered increases of more than 8 inches between 1960 and 2013. Glaciers have been melting at an accelerated rate over the past decade. The resulting loss of ice has contributed to the observed rise in sea level.