What caused HIV/AIDS to explode? 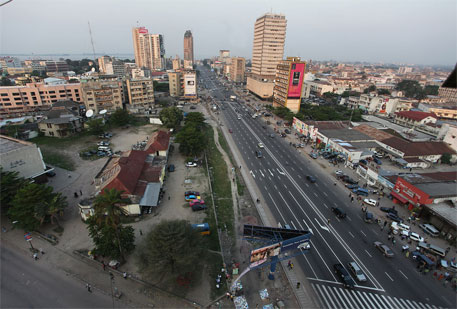 As Ebola spreads in epidemic proportions across Africa, scientists have discovered the transmission mechanism of another killer disease—HIV/AIDS. Just like Ebola, AIDS had crossed into humans from infected animals in the wild—chimpanzees in particular—and had for long remained confined to isolated populations, in central Africa.

It was only in the 1960s that the number of HIV infections by a particular strain—Group M of HIV-1 type—suddenly tripled, and the virus’ range expanded across the vast Congo Basin, say scientists led by Oliver Pybus of Oxford University and Philippe Lemey of the University of Leuven, in Belgium. The scientists analysed HIV genomes gathered over the past 30 years from 814 people in central Africa and used their full sets of DNA to reconstruct HIV's pre-epidemic history.

They found that the Group M strain, which is now responsible for 90 per cent of the HIV pandemic across the globe, originated in Kinshasa, which is now in the Democratic Republic of Congo. Kinshasa was then the largest and fastest growing city in the region with transport links reaching up and down the country. Records show that by the 1940s, millions of wage labourers travelled between Congo’s cities through the rapidly expanding colonial transportation system—roadways, water ways and railways. Chaos that accompanied its independence in 1960 encouraged impoverished women to turn to prostitution.

Between 1920s and 1960s, the viral strain had also mutated to become robust. The strain appears to have put its “foot on the accelerator”—though it might be most accurate to say that humankind pressed that accelerator down, says Pybus. The viral strain spread rapidly across the Congo, riding a wave of social change as the region developed and its transportation network expanded. Careless reuse of hypodermic needles at sexually transmitted disease clinics is another possibility.  Its transmission to other continents was only a matter of time.

The study, published in Science on October 3, 2014, underscores that better public healthcare and disease surveillance must accompany expanding development.