Spread of glanders shows neglect of veterinary science in India

Glanders, a bacterial, zoonotic disease that affects equines and is a potential biological weapon, has been breaking out regularly across India since 2006 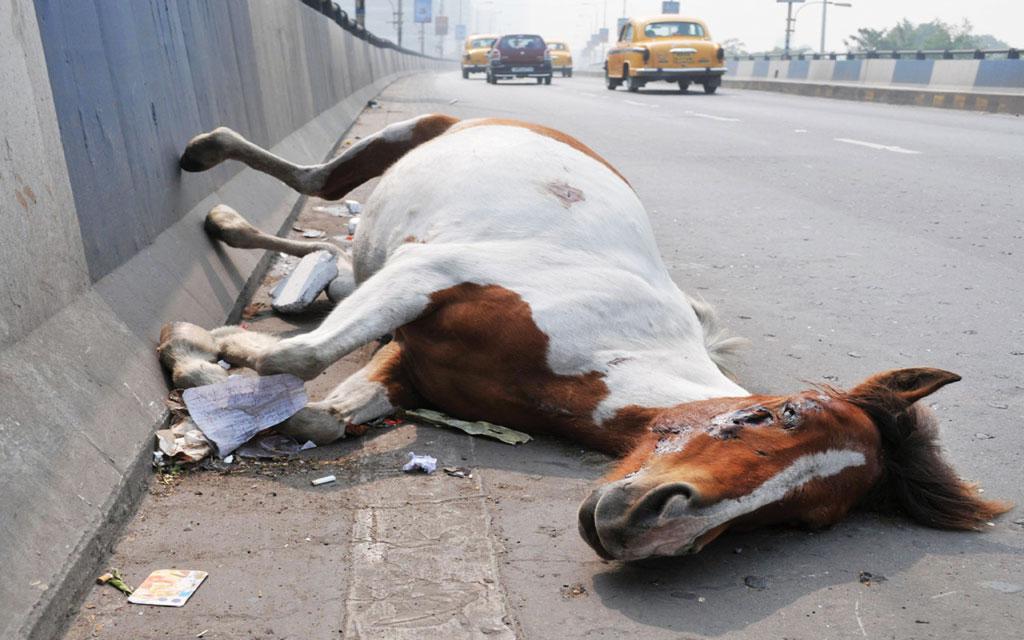 For Surendra Singh Rajpurohit, horses are a passion as well as a source of livelihood. “I belong to a Rajput family that has been breeding horses for quite some time,” says the resident of Patan town in Rajasthan’s Ajmer district. He is in mourning as one of his best animals died recently.

“Almost three years ago, I bought a 3-month-old milk-white Marwari colt from Shahpura village in Jaipur district for Rs 50,000. I named him Badal. I looked after him like he was my son. I used to give him 7 litres of milk daily besides his feed. I even gave him almonds and resins,” Rajpurohit says. “He was my pride. At the Pushkar fair during last Diwali buyers were prepared to give Rs 700,000 for him.” Rajpurohit did not sell Badal then and in May this year tragedy struck. Badal developed mysterious lesions on his body. “It was like insect bites. The wounds continued to recur. I took him to the government veterinary hospital in Ajmer. But it was of no help. Then I sent his blood for testing to the Indian Council for Agricultural Research-National Regional Centre for Equines (ICAR-NRCE) in Hisar, Haryana. We waited for the results. But on August 1, Badal died,” Rajpurohit says.

“Other than the emotional loss, there was the monetary part. I had spent Rs 1 lakh for breaking him (training a horse to carry a rider or pull freight). I was planning to sell him this Diwali. He would have fetched more this time. But my fate had something else in store for me,” says Rajpurohit.

What Rajpurohit does not know is that Badal had fallen prey to glanders. A highly infectious and often fatal zoonotic disease, glanders is caused by the bacteria Burkholderia mallei and affects horses, donkeys, ponies, and mules. It was a worldwide problem for equines for centuries. But by 1900s it had been eradicated from Europe, North America and Australia.

But in the developing world, including India, it is still rife. “Although it is a very old disease, the latest outbreak happened in 2006,” says Bhupendra Nath Tripathi, Director, ICAR-NRCE. “Initially, it was reported from a number of states. However, by 2014, it was being reported mostly from Uttar Pradesh and Himachal Pradesh,” he adds. But in the last three years, glanders has spread to nine states. In 2017, from April 1 to August 31, it has been confirmed in Haryana, Himachal Pradesh, Jammu & Kashmir, Maharashtra, Punjab, UP, Uttarakh and, Gujarat, Rajasthan, West Bengal and Madhya Pradesh. There are a total of 185 positive cases in these five months. Contrast that with 2016-2017, when the count for the whole year was 143 cases.

H K Muniyellappa, Joint Commissioner (Livestock Health) at the Union Ministry of Agriculture & Farmers Welfare’s Department of Animal Husbandry, says, “It is not that the disease is increasing. It is just that the government’s surveillance programme has been strengthened.”

To some extent, Tripathi agrees with Muniyellappa. “The catchword here is Uttar Pradesh,” he says. Out of the 185 cases reported this year, 127 are from UP, which, according to the latest National Livestock Census released in 2012, had 0.2 million horses, ponies, mules, and donkeys. UP has been warned not to hold animal fairs in winter to prevent the spread of glanders. “Earlier, we thought the disease was restricted to western UP. But then we changed our perception. When we alerted the government, they initiated a project under the Rashtriya Krishi Vikas Yojana to help UP’s 75 districts to send equine blood serum samples to us. Now, we are getting 2,000 samples every month,” says Tripathi.

“Equines from UP are sent to various parts of the country after being bought and sold at animal fairs. The disease follows them,” Tripathi says. Indeed, the threat of glanders infecting equines in animal fairs is very likely (See `With political commitment, glanders can be eradicated in India').

Animal rights activist Gauri Maulekhi agrees. “We are in the grip of an epidemic because we have very poor diagnostics and a highly migratory equine population that is travelling between the states. Moreover, equines in India are used mostly by the poorest of the poor. Most of these owners don’t even know the procedure for surveillance of their animals and for getting them tested if there are symptoms.”

Talking about compensation Tripathi says, “As per the British Era Glanders and Farcy Act, 1899, the compensation was a mere Rs 50 per animal. This continued till 2009, when after demands by ICAR-NRCE, non-profits and race clubs, the Prevention and Control of Infectious and Contagious Diseases in Animals Act, 2009 was promulgated. It has now been increased to Rs 25,000 per horse and Rs 16,000 per mule/donkey.” However, Rajpurohit tells Down To Earth that despite repeated attempts he has not got any compensation.

“We still lack a full-fledged national policy for glanders. The usual procedure is that after ICAR-NRCE has confirmed glanders, the state government notifies it and the Department of Animal Husbandry culls the infected animals. But we need a policy for the entire country, where there is monitoring and surveillance. The movement of animals in endemic areas should be restricted. Why is it that despite having only 1.2 million horses nationwide, we have not been able to eradicate the disease?” says Tripathi.

The spread of glanders shows the neglect of veterinary science in India. “We had a culture of using a lot of horses, don-keys and mules for a variety of purposes. But now, it is an unviable and uneconomical activity with a huge ecological impact. Why can’t they be phased out?” asks Maulekhi. As far as the neglect of veterinary science goes, she is even more scathing. “Our veterinary college syllabus was revived after 40 years last year. The quality of veterinarians being produced in India is very low. We need to up-grade that by updating syllabi, inviting foreign faculties and increasing the number of research centres and laboratories.”