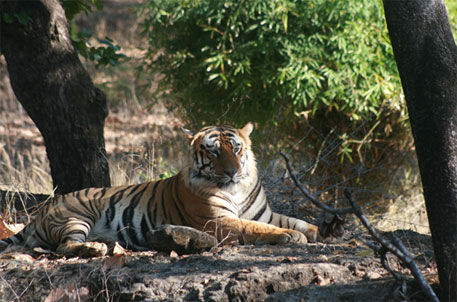 As the government prepares to release the latest assessment of the tiger population in the country, there is bad news for the big cat. At least 274 tigers have died in the last four years, Union Environment Minister Prakash Javadekar said in response to a question in the Parliament on November 26. This figure is the highest for any given period between two assessment cycles.

The findings of the 2014 tiger population census will be released by next month.

According to S P Yadav, deputy inspector general with the National Tiger Conservation Authority (NTCA), however, the death figures are unlikely to have any major effect on the tiger population. “Here, we are not taking tiger births into account. An adult tigress can give birth to younger ones every 90 days. If of 4-5 litters that a tigress gives birth to, even 1-2 survive, these numbers can be compensated,” he added.

NTCA officials say the present census is still being analysed. Whether the total population of tigers has risen despite the high mortality will be revealed by the census.

As tiger conservation efforts turn into results, a huge number of big cats have either dispersed to or are living in forests outside tiger reserves. Government policy is, however, focused only on the reserves. There is no policy to effectively address habitat destruction, human-tiger conflicts and poaching outside reserves.