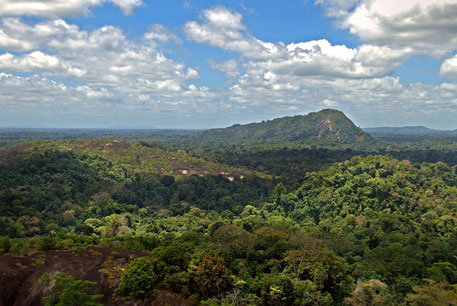 The current global conservation efforts are hardly helping our forests, says a team of conversation scientists. The team has called for fundamental policy shifts globally to avoid irreparable ecological damage.

Highlighting the precarious state of primary forests, the paper reveals that only five per cent of the world’s pre-agricultural primary forest cover is now found in protected areas. Primary forest is the forest area that regenerates on its own and has not witnessed human activities. These forests are home to an extraordinary richness of biodiversity, with up to 57 per cent of all tropical forest species dependent on primary forest habitat and the ecological processes they provide. They are globally irreplaceable with unique qualities that make significant contributions to biodiversity conservation, climate change mitigation, and sustainable livelihoods.

The study shows that almost 98 per cent of primary forest is found within 25 countries, with around half of that located in five developed countries: the US, Canada, Russia, Australia and New Zealand. This uneven distribution of primary forests is worrying, warns the study.

The researchers say the cover of primary forests is going down because they do directly have any commercial value. As a result, they are being replaced with forest covers that allow industrial logging, mining and agriculture.

The researchers say the one of the reasons primary forests have not been taken seriously is because it does not have direct commercial value. As a result, the team suggests that primary forests should be included in environmental accounting, which will make it important. The study says existing forest policies at best are trying to reduce the rate of forest degradation.

Instead, it calls for a paradigm shift and says new policies should try to put an end to primary forest loss. “International and national policies that aim to merely slow rates of land-use-related greenhouse gas emissions and species extinctions from primary forests are inadequate as we need to be fixing these problems at a faster rate than we are causing them. There is considerable merit, therefore, in emphasising policies that seek to avoid any further biodiversity loss and emissions from primary forest deforestation and degradation by prioritizing the principle of avoided loss,” the study says.

The research team was led by Professor Brendan Mackey, director of the Climate Change Response Program at Griffith University in Queensland, Australia and had experts from the US-based Wildlife Conservation Society, the Zoological Society of London, the Geos Institute and Australian National University.