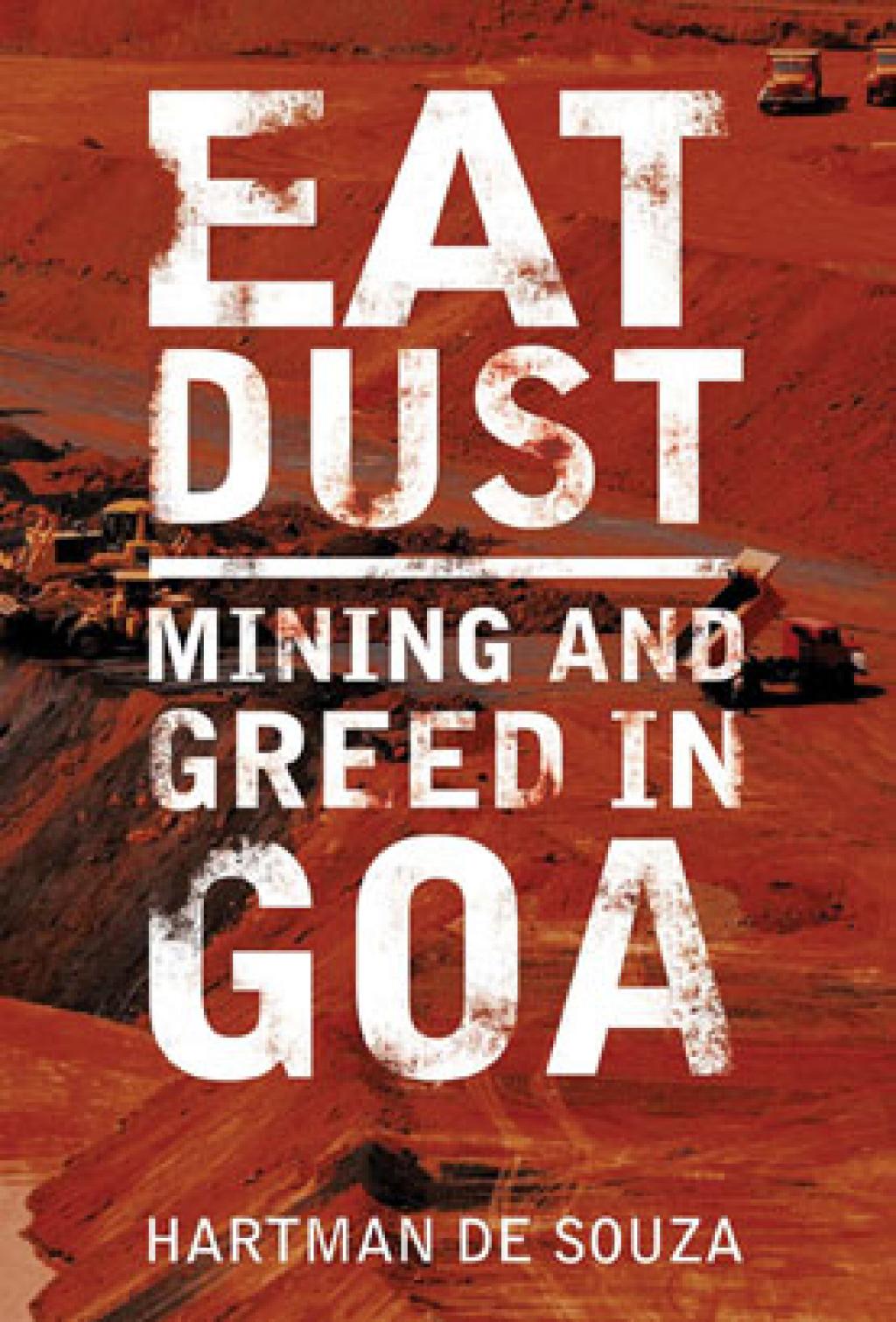 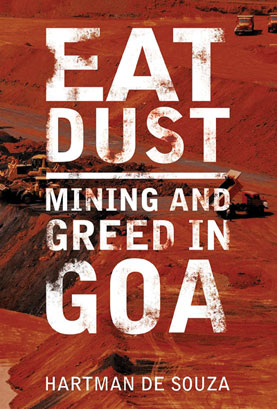 Hartman De Souza's Eat Dust: Mining and Greed in Goa is a dystopian account of the reckless destruction of Goa’s natural wealth at the hands of its rich and powerful. He pours eyewitness accounts and physical evidence of the effects of mining—collected from southern Goa over a period of six years. The book is peppered with anecdotes from Goa’s social and cultural history, introducing the reader to the soul of the state and revealing the ugly side of India’s most happening holiday destination.

The book germinated in de Souza’s mind when the ravages of mining hit close home—in Maina village at the foothills of the Western Ghats. He describes the horror of seeing densely-forested hills being flattened and the ground hollowed out so that mining could begin. The book cries out for the several natural springs that originated in these hills and plateaus. Once inextricably linked with deities of indigenous communities, these springs and aquifers were destroyed by the mining machinery of companies. The result: resident wildlife disappeared, water in rivers and ponds began to dry out, mining waste destroyed farms, and large tracts of Goa’s Western Ghats turned into a dusty and barren landscape.

Eat Dust is also a scathing commentary on the ravenous greed of mining barons, the willful silence of the state government and the apathy of the Goan people—all held equally responsible for the sad state of affairs in this dying paradise by the sea. De Souza documents the rise of Goa’s mining families, such as the Alemaos, the Timblos, the Tarcars, and he attempts to decode their murky nexus with politicians and bureaucrats from the state and at the Centre. He describes how these families prepared the ground for mining operations, even before getting environment clearances. They mined at breakneck speed and carried the ore in several hundred trucks every day during the mining season. Dubious ownership and leasing deals, bogus public hearings, “manufactured” Environmental Impact Assessment reports, and rapid setting up of Corporate Social Responsibility programmes just before inspection visits by the Justice M B Shah Commission are some of the violations that figure in the book.

In all this, de Souza alleges not apathy, but active collusion of Goa’s governments. He points out how former chief minister Digambar Kamat bent rules to allow mining to continue despite environmental clearances that had expired years earlier. Sacrificed at the altar of mining are the interests of Goans themselves—people who sold their land to mining companies or invested in mining trucks for a quick buck. Eat Dust couldn’t have come at a worse (or better) time. After a short reprieve, the mining ban in Goa was lifted in 2014 in accordance with a Supreme Court order. And de Souza knows this is one story that will not have a happy ending. 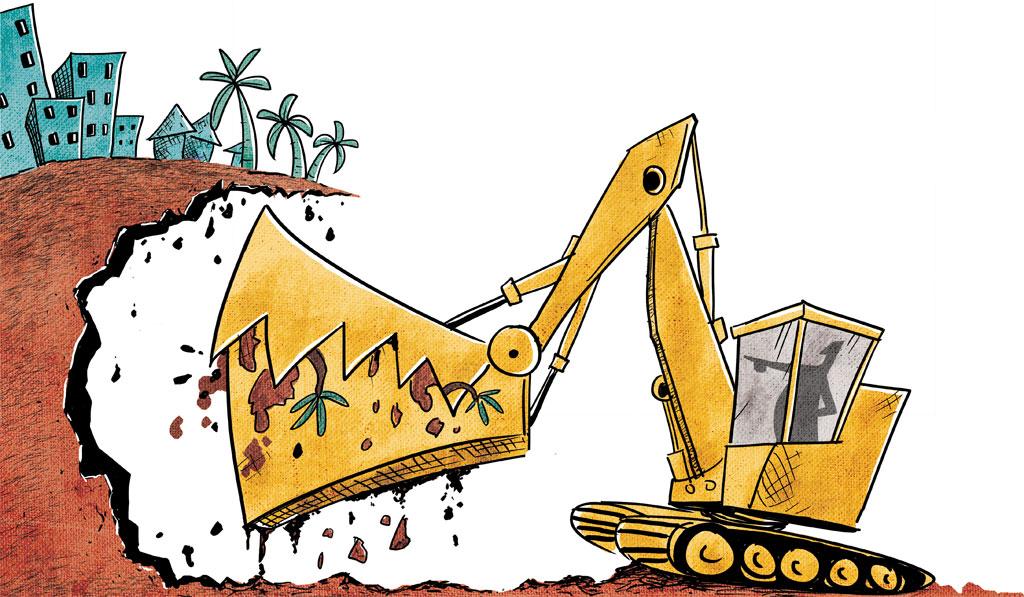