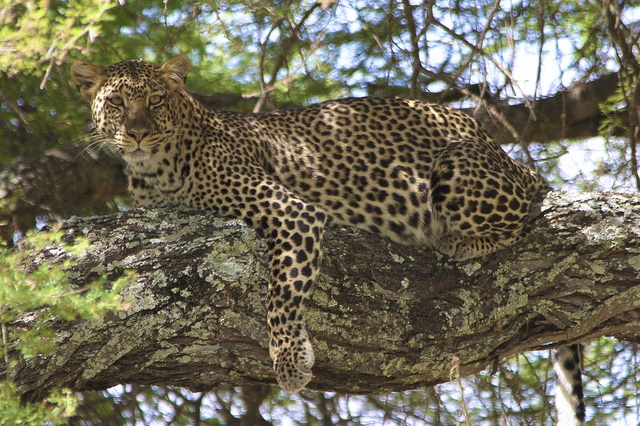 About 130 kilometres south of Jodhpur, there is a fascinating tale of wildlife conservation. Through the efforts of the local community, the leopards ofJawai, a village in Pali district of Rajasthan, have not only increased in number, but are also being talked about.

The leopard is the most elusive of all big cats. A thriving tourism industry has come up in Jawai thanks to frequent leopard sightings.

Jawai is not a protected wildlife sanctuary. In this particular area, the leopard cohabits with the villagers and other animals. But the interesting thing is that no major cases of man-animal conflict have been reported as yet. It seems that the Jawai leopards are living harmoniously in the midst of people.

The Jawai leopards reside in a stunning landscape surrounded by granite rocks, the Jawai dam—the biggest dam in western Rajasthan and the colourful local people. All these factors make the place a hot tourist spot.

The shadow of greed

Though the picture looks promising, there is trouble in paradise. A recent visit to the area revealed that conservation of leopards in Jawai is moving in the same direction as other wildlife projects.

Reckless tourism fuelled by greed with no regards for the animal as well as the people is undermining the success made so far.

As soon as the news about the Jawai leopards spread, people with money and political connections started arriving here to set up business.

Many of these people had no prior connection with the area. Supported by political leaders and having loads of money, they now dominate Jawai and set the rules.

If one visits the area in the evening, one comes across several safari vehicles carrying loads of people. The shocking thing is the blatant disregard towards the preservation of the wildlife and the existence of the local people.

As safari operators charge exorbitant amount of money from tourists, they become desperate to show the latter leopards by any means possible.

This involves spotlighting, trespassing on people’s property and even mimicking the goat sound to attract leopards. The locals are disturbed by this sudden influx of strangers in the area.

It will be much better if locals are trained in simple wildlife biology and taught to speak English preferred by most tourists. But sadly, they get no such training.

What shocked me the most was an “agreement” between a powerful hotelier and local landowners. This gives the former an exclusive right to enter the landowners’ properties which are located strategically near leopard-sighting spots. In return, a monthly amount is paid to the landowners.

This particular hotelier has signed several such agreements. The landowners can be spotted guarding their lands to prevent anyone other than this hotelier’s vehicles to enter their properties. On a legal ground there may be nothing wrong in it, but it seems to be a typical example of how people with financial power establish monopolies and crush competition.

This also explains why only a few camps and small hotels owned by locals have come up in Jawai. If this trend continues, no big local establishment will ever come up in the area. All that locals will ever do is wash dishes and open restaurant and hotel gates.

This is an unsustainable development model mainly for two reasons. First, the local community, which has lived harmoniously with the leopards for many years and helped conserve and sustain them, is getting no benefit.

All they get is low-paid work as drivers and security guards whereas rich businessmen from outside are making huge profits.

Second, since these leopards do not thrive on a conserved forest land, this kind of tourism is a threat to their lives and habitat. It will eventually lead to the local community’s disinterest in conserving the animals.

In fact, the locals stand to lose in terms of cattle preyed upon by animals, besides putting up with apprehension and nuisance created by the tourism industry. A time may come when nothing will compel the leopards to remain in Jawai any longer. If they get tired of being looked at and constantly photographed, they may simply move elsewhere.

The Rajasthan government and other stakeholders must step in and make sure that this fascinating success story is not reduced to a money-making business by a few greedy people.

There are three things that need to be done. The first and foremost step is to involve the local community by empowering them not only to get respectable jobs, but also to train them so that they become successful entrepreneurs. Tourism activity should be regulated to ensure less interference in the lives of the leopards and the local community.

Outsiders must work with the locals and earn their confidence and trust. This important aspect often gets tricky as these powerful people call distributing clothes and stationery to local schools as community engagement. This is a whitewash and is merely an activity on their itineraries which make them look responsible.

Honest engagement would be to train youngsters to become wildlife experts in future who are capable of running their own businesses.

The tourism industry must get this fact straight that it is the leopard and the local community which created tourism opportunities in Jawai in the first place. Let’s hope that the leopards of Jawai become a model for others to follow.

The blog has been co-authored by Armin Rosencranz. He is a lawyer, political scientist and professor of law at the Jindal Global University.  He founded Pacific Environment, an international environmental NGO, that he led for nine years.