2014 is International Year of Family Farming 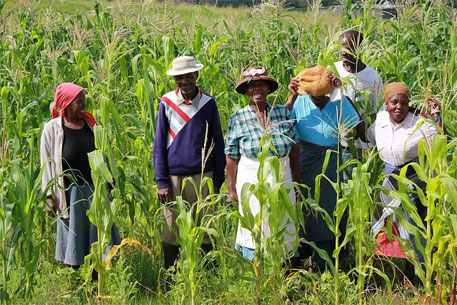 In a world where one in three persons is deprived of nutrition, developing agricultural innovation capacity within family farming may be the best way to win our battle against hunger. This is one of the reasons why the United Nations recently decided to celebrate 2014 as the International Year of Family Farming. The concept is also at the centre-stage of this year’s World Food Day.

"If we are serious about fighting hunger we need to promote family farming as a way of production and also [...] as a way of life. It is much more than a way of agricultural production," says Marcela Villareal, Director of Food and Agriculture Organization's Office for Partnerships, Advocacy and Capacity Development, in a report published in Independent European Daily Express.

Though family farming used to be a tradition nearly three decades ago, it gradually lost its relevance. But the idea to revive the practice is now gaining pace as the world is increasingly facing a threat from hunger, inflation and undernourishment.

What is family farming?

According to FAO, family farming is a means of organising agricultural, forestry, fisheries, pastoral and aquaculture production which is managed and operated by a family and predominantly reliant on family labour, including labour put in by men and women. Both in developing and developed countries, family farming and smallholder farming is the predominant form of agriculture in the food production sector.

An FAO working paper also states that there are at least 570 million farms worldwide, of which more than 500 million can be considered family farms. Family farming issues, according to Food and Agriculture Organization (FAO), are broad. They range from the challenges of food security and environmental management to the socio-cultural heritage of rural communities.

When one talks of the factors that can boost family farming, contribution of women and technology is the foremost. Along with awareness, raising actions to make agriculture attractive, profitable and a credible career to the youth are other factors that can encourage boom of family farming. But all this cannot come without policy measures for easy access to land, market information and availability of financial resources.

FAO, in a report on its website, has cited the example of Italy’s Loretta di Simone. With both parents working as farmers, Loretta di Simone was involved in farming activities since her childhood. "At breakfast, lunch and dinner, farming is all you think and talk about." She chose to become a lawyer, and, ironically, was studying law at university when she decided to become a full-time farmer. Then Loretta and her sister began thinking about modernising the farm by looking at innovative methods of production and original products as well as collaborations with nutritionists, agronomists and researchers, particularly in the area of ancient grains. The major challenges facing Loretta and her family are bureaucratic: "there is a lot of legislation which is constantly changing especially in relation to the organic certification”.

According to Kanayo F Nwanze, president of the International Fund for Agriculture Development (IFAD), the foremost thing is that small farmers need to get organised—by forming associations, farmer groups, women’s group, and cooperatives—to access financial services. (Read full interview: ‘Family farming is not a romantic idea. It is business’).