Amritsar and Tarn Taran Sahib have the highest amount of unlifted wheat in Punjab, 13 days after procurement started 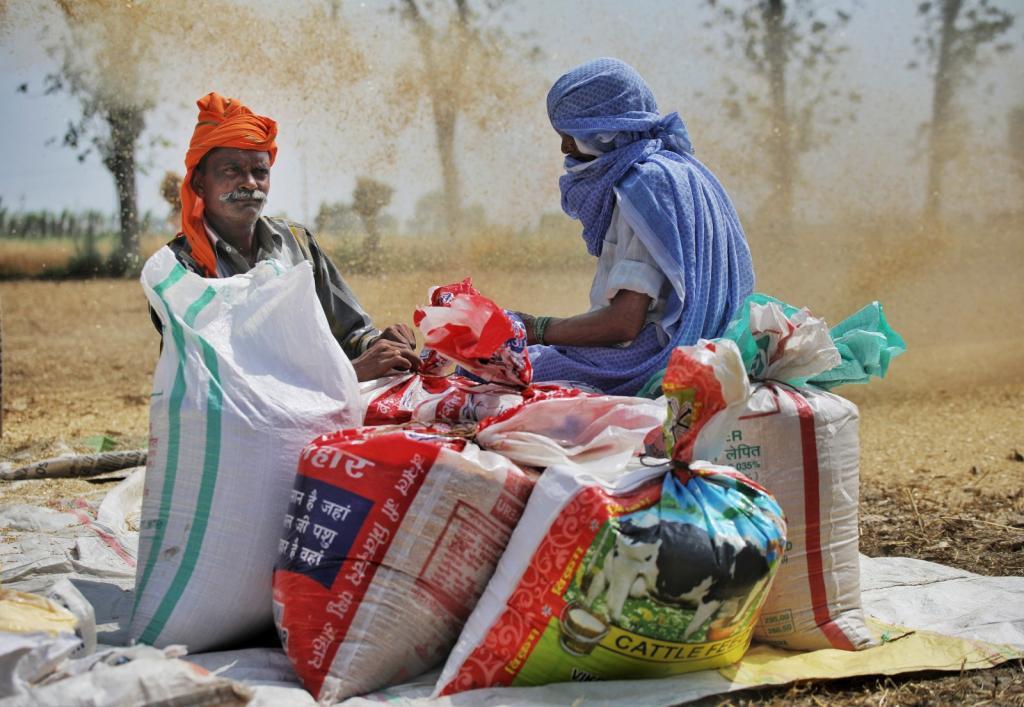 Some 60 per cent of wheat in Punjab lay ‘unlifted’ from agricultural produce marketing committee mandis (wholesale markets) April 23, 2021, 13 days after procurement started, according to figures from the Punjab Mandi Board. This percentage stood at 93 and 97 per cent in some districts like Amritsar and Tarn Taran Sahib.

This has created problems for several farmers and a glut in the mandis as more and more grain piles up each day. Many farmers have had to wait with their harvest at the mandis for days. Others have not being able to bring their crop to the mandis because they are full as state and central agencies are failing to lift the procured crop.

The procurement of wheat started from April 10 this time in the state, as against the usual April 1. But the process has been marred by several glitches till now, the major one being an acute shortage of gunny bags to fill the wheat.

A little over 76 lakh tonnes of wheat has arrived till date at the mandis and 94 per cent of it has been procured. But the percentage of ‘unlifted’ wheat stands high at 60 per cent.

Harish Ahuja, who has been an arhtiya or broker for 20 years at Pabri mandi in Patiala says he has never seen a situation like this before.

“There is a shortage every season but this time, it is unprecedented. The mandi floors are full with wheat. On Monday, we got 6,000 bales (one bale has 500 gunny bags). We are four arhtiyas in this mandi. So we distributed 1,500 each among ourselves. But they got finished in a few hours. We need at least 15,000 bardanas for this mandi,” he said.

Punjab needs some 540,000 bales every procurement season. Around 200,000 have reached the state this time, according to arhtiya associations. The state government has put the blame on the Centre for not supplying enough quantity of bales this time.

Daljeet Singh from Pola village in Patiala district has been staying at Pabri mandi for the last five days. He says:

First, I went to the main Rajpura mandi. But the situation there was very bad. There was no space to unload the grain. Then I came to Pabri mandi, which is smaller and has fewer farmers. I got space here. But I have been sitting here for the last five days. There are no facilities and so many mosquitoes biting us all the time.

He added that an inspector came to check the crop, approved it and noted it down in his diary. “But the wheat has not been lifted since then. I can only leave once the bardana comes and the crop is weighed and packed in it and the billing done,” he said.

The procurement process had run into several hassles since its start, first owing to a strike by arhtiyas over direct payment to farmers and then, the shortage of gunny bags.

Another arhtiya Sumit Dahera said the problem also arose because the procurement started 10 days later than usual and the wheat arriving at the mandis reached peak levels suddenly, instead of increasing gradually like each year.

Another worry is the weather and possible damage to the crop. “If it rains, it will be problematic for us. The crop may lose its moisture content while lying here and then will not fetch a higher price. It is a problem for us on all fronts,” he said.