No fertilisers, no pesticides, this Karnataka farmer uses only solar energy 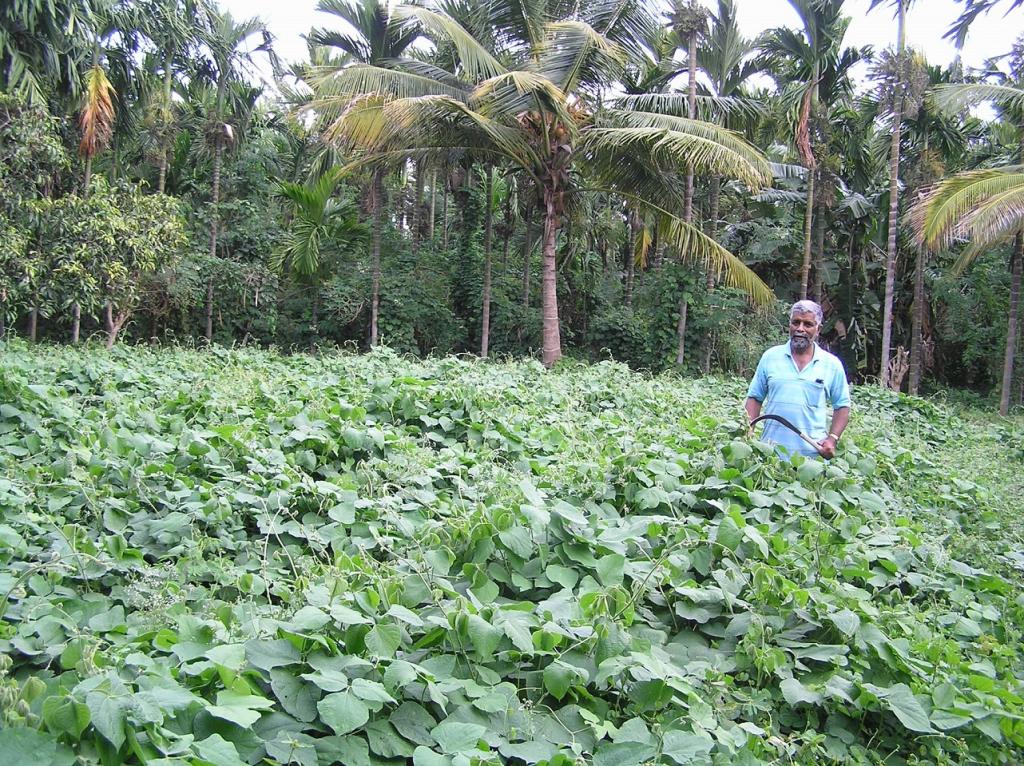 Ecology can survive without economics but economics can’t survive without ecology. M K Kailash Murthy had learnt this the hard way. A banker-turned-farmer in Doddinduvadi village of Chamarajanagar district has turned a farmland of 22 acres into a mini forest in one of the most drought-prone regions in the state. At a time when states like Punjab are calling for reducing use of pesticide and chemical fertilisers, Murthy’s experiment with natural farming stands out as a model for every small and marginal farmer in the country.

“Farmers must understand that pests are natural occurrences. Left alone, the crops develop a resistance to them. Merely spraying crops with pesticides will not put a check on pests. Initially, it may seem to work, but in the long run the pests become immune. That’s what happened to me in the initial years,” says Murthy while talking to Down To Earth during his recent visit to Delhi.

“Pests in my farms developed resistance to all pesticides and the plants started demanding more NPK, urea, potash and water,” says Murthy 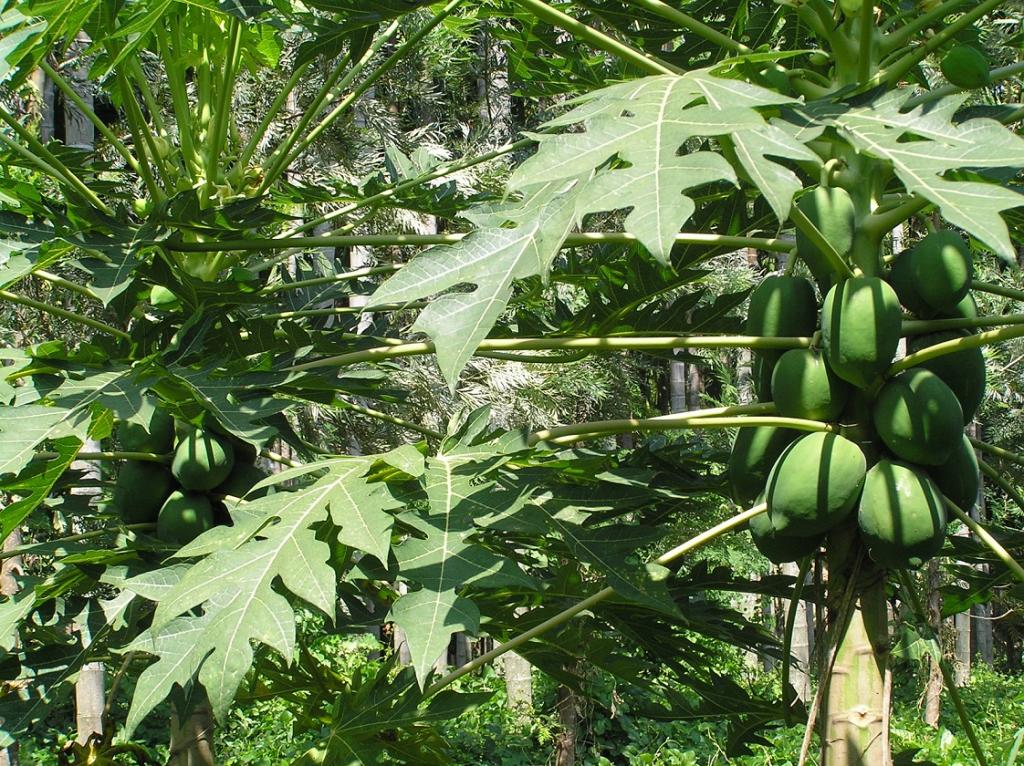 Inspired from Masanobu Fukuoka, a pioneer in natural farming in Japan, Murthy switched to natural farming in 1988. Almost 30 years have passed since then and Murthy hasn’t ever used chemical fertilisers or pesticides. Even today, he follows no-tilling and no-weeding approach. “For cultivation, I don’t even use organic manure like panchagavya and jeev amrita. I am only using photosynthesis,” he says while substantiating his claim of practicing zero-input farming.

His farm now has a total of about 3069 trees, including beetle nut, mango, banana, val beans, papaya and a wide number of herbs.

If you kill biodiversity with “deadly inputs”, you are practicing ‘agri-criminology’

If Murthy is not using pesticides, how is he tackling pests? “It is elementary science that teaches us how plant produces its own food and develops resistance for pests. Moreover, nature will never allow one species to rule the world,” answers Murthy. Explaining the benefits of crop diversity, he adds, “When you grow different types of vegetables, plants and fruits, each crop becomes less susceptible to pests because the latter will have more natural enemies to check their growth,” says Murthy while referring to a phase of his life when he identified trees that are harmful for banana cultivation and introduced “enemy trees” to kill those trees so that banana plantation can thrive. 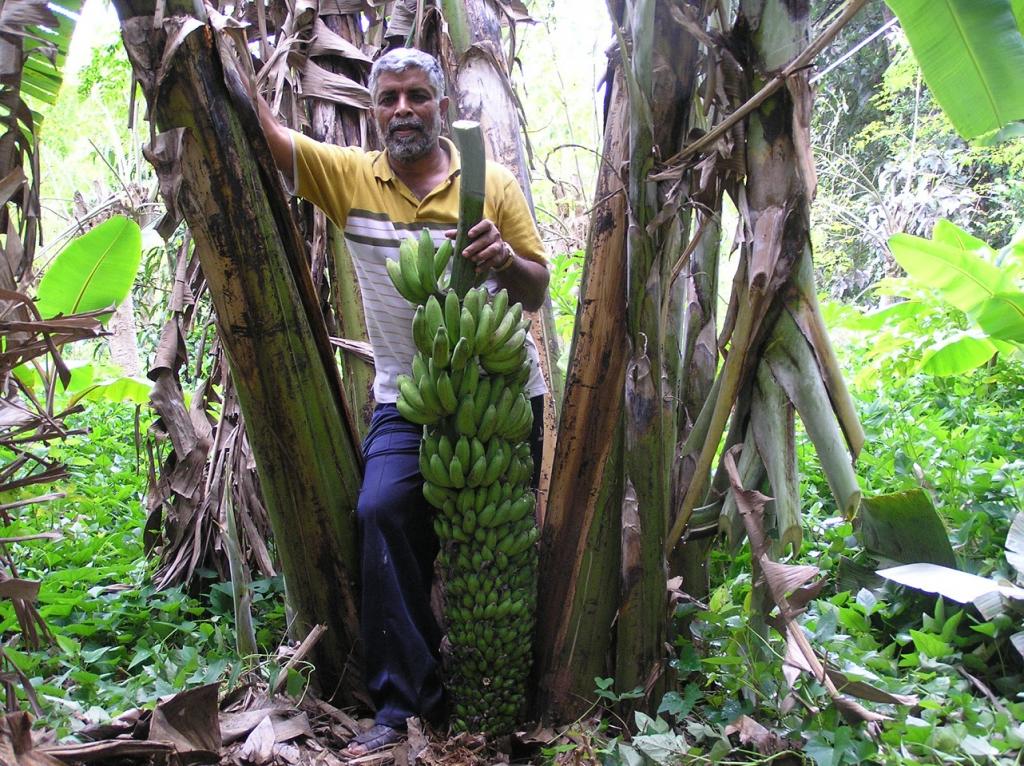 In his banana plantation, the banana canopy covers the area underneath, and in the process, protects, promotes and supports soil microbes. The organic matter falls from banana-supporting plants, which becomes food for the microbes. Moreover, water evaporation is avoided because the surface of the soil is covered. Thus, soil moisture is retained.

Murthy has also established the Academy of Natural Farming near Kollegal taluka with the sole objective of bringing awareness about ill-effects of fertilisers and benefits of going back to natural farming. He, along with Prof M D Nanjundaswamy, is working towards popularising zero-input farming in and around Karnataka by showing people how natural helps fighting climate change and maintaining genetic stock. He is also perhaps the only one in the country to run a solar-powered food processing plant near his farm.

Straight from the scientists’ mouth

Few years back, he invited experts from agricultural universities and research centres across the country to study his farm and identify its merits and demerits. They found the plants healthy with no visible symptoms of any deficiency or disease. M N Ramesh of University of Agriculture Science, Bangalore, acknowledged that all the horticultural plants in Murthy’s farm are free from pests, bearing lots of healthy fruits and nuts. 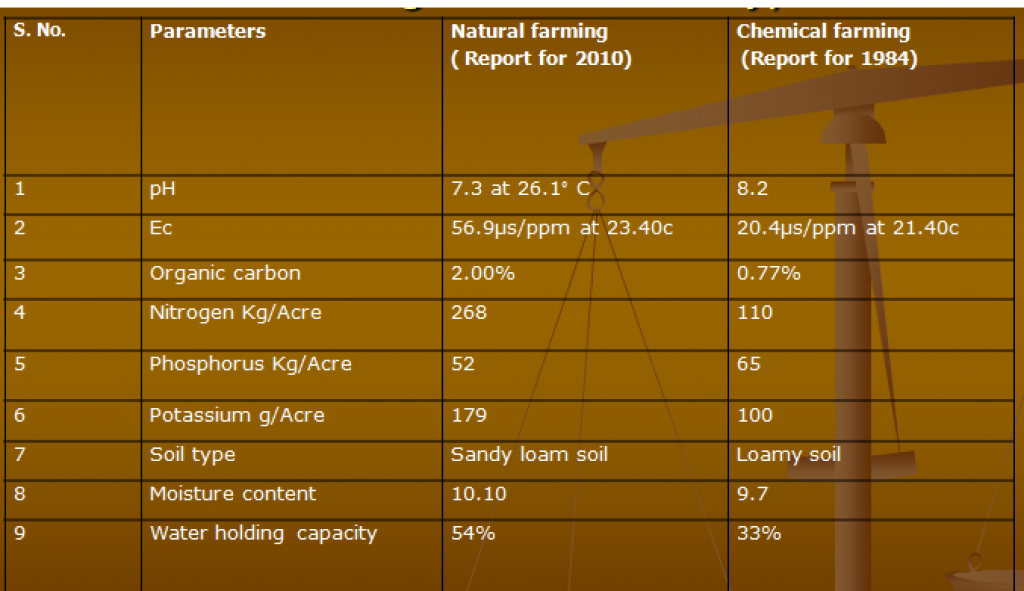 More than 138 species of herbs and trees, belonging to 28 families, are growing in harmony like a forest ecosystem by using only sunlight. According to the scientists who studied his farm, a thick layer (about 9 inches) of leaf litter produced by the weeds and falling leaves and twigs from the tree species are very efficient for mulching and preventing soil erosion. Moreover, the weeds and fallen leaves go through natural recycling by soil organisms like earthworms, insects and fungi found in the soil.

Rainwater trickles down to the roots and recharges ground water aquifer. Carbon sequestration, according to experts’ estimate, is about 1085 tonnes annually by trees species. According to the soil analysis by Dr N Nandini, Reader and Principal Investigator, Department of Environmental Science, Bangalore University, samples from his land showed that the soil has high NPK (nitrogen, phosphorus and potassium) content apart from adequate quantity of micronutrients like nickel, zinc, iron, copper and magnesium.

Over 300 horticulture trees and timber trees in his farm prevent raindrops from directly falling and checking soil erosion.

Types of bacteria found in Murthy’s farm and their benefits

But, is his farm insulated from impact of climate change?

“You see, a mango tree is an indicator of changing climate. From flowering to pollination and maturation of fruit, every transition used to be predictable in the past. We knew that mango trees will start flowering from mid-January and we will harvest fruits by May. But this year, the flowering took place in December. Moreover, a mango tree needs moderate temperature to grow. For the last few years, I have been noticing long spell of excess heat, which burns the flowers. Climate change is making it increasingly difficult for farmers to predict the fruit’s lifecycle.’ 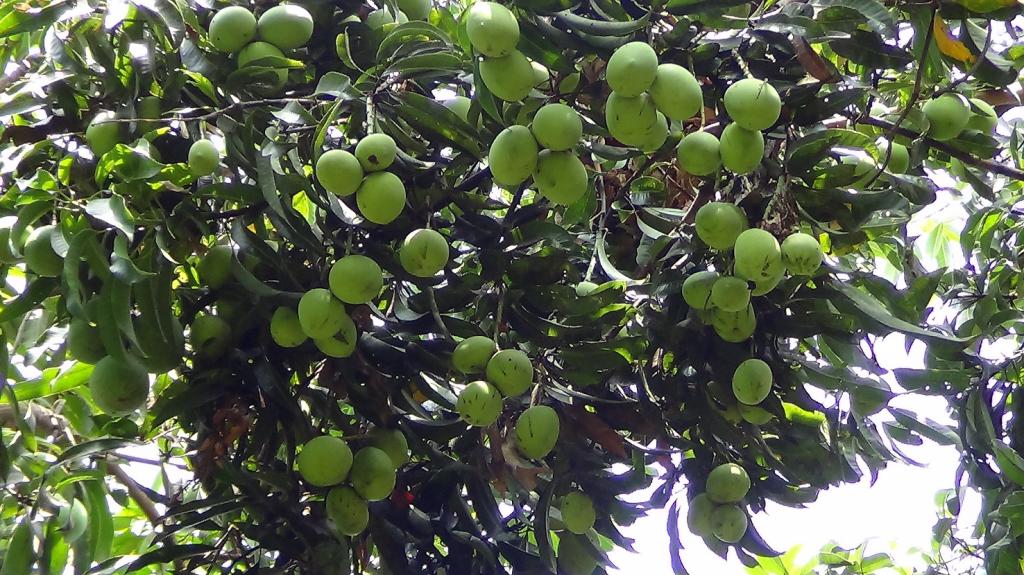 While talking to him, one can realise that he is not just concerned about his mango trees, but also the microbes and insects dependent on mango trees. “You can imagine what these tiny creatures have to go through to adapt to these changes. They have to undergo a complete lifecycle change to survive and help the next generation grow,” he rues.

“We don’t get health security from super specialty hospitals, but from the food diversity. That’s why, all these years, I have studied organisms under the ground and understood their ability to supply nutrient to soil.”

Adopting natural farming becomes relevant in present times because marginal farmers are increasingly looking to reduce their input cost and is not incurring any loss but making profit all these years.