Experts said prevention, mainly through early warning and early reaction, is the key to reducing the extent of locust infestation 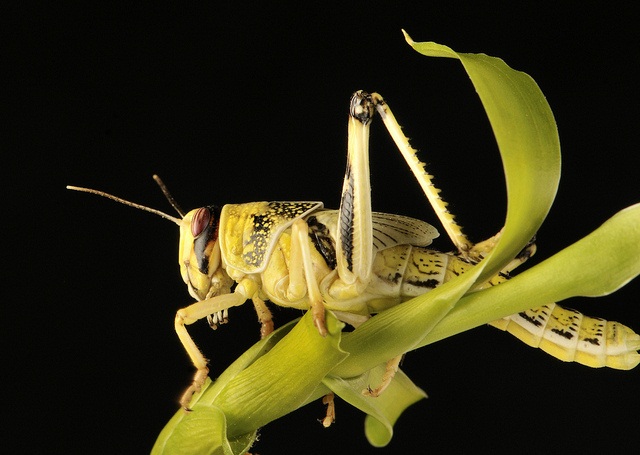 Heavy rainfall in northwest Africa, the Horn of Africa and Yemen can favour the breeding of Desert Locust, the Food and Agriculture Organization (FAO) said.

According to the United Nations (UN) food agency, close monitoring is needed over the next six months to prevent the locusts from damaging crops.

The Desert Locust is a kind of short-horned grasshopper that change behaviour and form swarms of adults or bands of hoppers. The swarms can be dense and mobile.

During quiet periods (known as recessions) Desert Locusts are usually restricted to the semi-arid and arid deserts of Africa, the Near East and South-West Asia that receive less than 200 mm of rainfall annually. During plagues, Desert Locusts may spread over an area of some 29 million square kilometres, extending over around 60 countries.

This is more than 20 per cent of the total land surface of the world. According to FAO, during plagues, the Desert Locust has the potential to damage the livelihood of a tenth of the world’s population.

In northwest Africa, heavy rains fell over a widespread area of northern Mauritania, including the northwest of the country as well as adjacent areas of Western Sahara, southern Morocco and western Algeria between October 15 and 25.

Many places received several times more rainfall than what is usual throughout the year. As a result, ecological conditions are likely to remain favourable for Desert locust breeding and their survival for at least six months, even in the absence of further rainfall.

In the Arabian Peninsula, heavy rains associated with tropical cyclone Chapala fell in southern coastal and interior areas of Yemen on November 2-3.

In the Horn of Africa, above-average rainfall associated with a very strong El Nino is predicted to fall over northern Somalia during the winter and spring next year.

However, this can change, partly due to the impact of El Nino in Africa and tropical cyclones Chapala and Megh in the Arabian Peninsula and the Horn of Africa.

“Extreme weather events, including torrential downpours, have the potential to trigger a massive surge in locust numbers. Rain provides moist soil for the insects to lay their eggs, which in turn need to absorb water, while rains also allow vegetation to grow which locusts need for food and shelter,” Keith Cressman, FAO senior locust forecasting officer, said.

“The effects of a locust plague can be devastating on crops and pastures and thus threaten food security and rural livelihoods.”

After becoming airborne, swarms of tens of millions of locusts can fly up to 150 km a day with the wind. Female locusts can lay 300 eggs within their lifetime while a Desert Locust adult can consume roughly its own weight in fresh food per day—about two grams every day. A very small swarm eats the same amount of food in one day as about 35,000 people.

Experts said prevention, mainly through early warning and early reaction, is the key in reducing the extent to which Desert Locust can affect agricultural areas.

After unusually heavy rainfall, countries should start field surveys and maintain them on a regular basis for routine monitoring of breeding conditions and locust infestations.

While these measures are believed to have played an important role in the decline in the frequency and duration of plagues since the 1960s, today climate change is leading to more frequent, unpredictable and extreme weather events. This poses challenges on how to monitor locust activity.

Whereas locust numbers decrease during droughts, locust outbreaks often follow floods and cyclones. If not controlled, these outbreaks can lead to plagues.

Temperature governs the speed of locust development and warmer conditions can possibly shorten the incubation and maturation periods and lead to a rise in the number of locust generations in a year.