Many people hit by Phailin last year yet to overcome food and water shortages, find source of livelihood 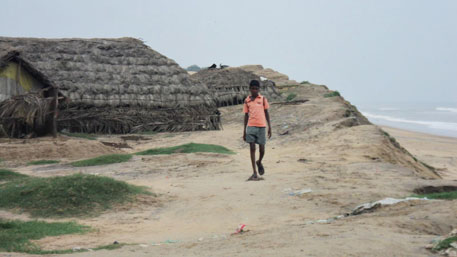 A large number of coastal villages in Odisha that were hit by cyclone Phailin last October  are yet to recover from its impact when another cyclone, Hudhud, has come a knocking. The cyclone, which was about 780 km from the coast on Thursday morning, is set to make a landfall on October 12.

"We lost everything to Phailin last year and have just started life afresh in our villages. If Hudhud hits our area on Sunday, we will be back to square one,” said Hema Behera (60) of Puranabandha village in Ganjam district.

“Every night we go to sleep with fear in our minds as our house is on the edge near the sea; it may disappear with a surge of sea water during cyclone,” added Behera, whose asbestos-roofed house collapsed last year during cyclone Phailin.

Behera said he had survived Phailin by taking shelter in the village school. “The government provided me a paltry Rs 6,200 as house-building assistance.  But the amount was not sufficient for me to rebuild our house. I sold a piece of land six months ago for Rs 90,000 and rebuilt my house four months ago. I am now worried as our coast will face another cyclone on Sunday. We have decided to leave our village on Friday for safer places,” said Behera.

Like Behera a large number of seaside residents are spending sleepless night as cyclonic storm Hudhud approaches. Many have already started leaving their villages.

“Many of those affected by Phailin still haven’t enough food, safe drinking water and a means to make a living. They also lack adequate shelter and face a fresh risk of their homes being washed away in the cyclone,” said Sudarshan Chhotray, convener of Coast Council, Odisha, a network or individuals and organizations working for the betterment of coastal communities. 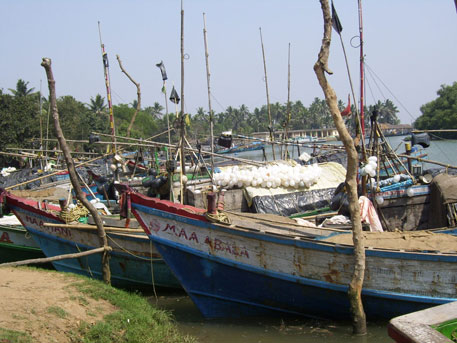 The seaside villages in the districts of Kendrapada, Puri, Ganjam and Jagatsinghpur wore a deserted look on Thursday. In the seaside village Satabhaya, a large number of residents have already left their homes after the district administration arranged their stay in the nearby cyclone shelters in Gupti village, said Pramod Kumar Das, district collector of Kendrapada.

The memories of 1999 super cyclone  and Phailin are still fresh in people’s minds and are the reason for people moving out in large numbers. In the super cyclone of 1999 more than 10,000 people had lost their lives in Kendrapada and Jagatsinghpur districts; around 20 people died during cyclone Phallin last year, said Tusharkanta Sardar, president of the district unit of Odisha Traditional fish Workers’ Union(OTFWU). Heavy casualty was avoided during Phailin because of effective evacuation operations in the coastal areas of Odisha and Andhra Pradesh.

“My fishing boat was damaged in the cyclone last year. This time, I have already tied my boat in the fishing jetty at Kharinashi of Kendrapada district,” said Arabinda Mandal of Kharinashi village.

Like Mandal, large number of fishers anchored their boats in the fishing harbours in Paradip and fishing jetties at Kharinashi, Jamboo and other places.
An alert by Odisha state government on Wednesday set a “zero casualty” target. “We have taken Hudhud as a challenge.  All the 16 district collectors have been directed to evacuate villagers from vulnerable areas,” said Pravat Ranjan Mohapatra, deputy special relief commissioner in Bhubaneswar.