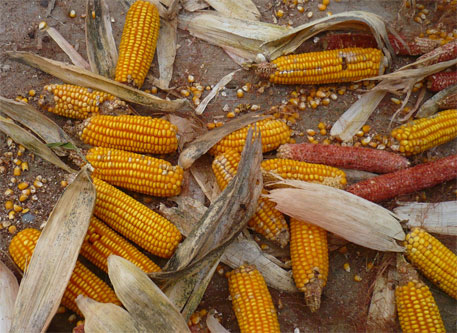 Brazilian corn farmers say genetically modified (GM) crops are no more resistant to tropical bugs, according to media reports. As a result, farmers are demanding compensation from four major manufacturers of BT corn seeds —Monsanto, DuPont, Syngenta, and Dow companies —for their losses.

The Association of Soybean and Corn Producers of the Mato Grosso region (Aprosoja-MT), in a press release, said farmers first noticed in March that their GM corn crops were less resistant to the destructive caterpillars that Bt corn is supposed to protect against. In turn, farmers were forced to apply extra coats of insecticides, leading to additional environmental and financial costs.

“The caterpillars should die if they eat the corn, but since they did not die this year producers had to spend on average 120 reals ($54) per hectare ... at a time that corn prices are terrible,” said Ricardo Tomczyk, president of Aprosoja.

Seed companies, however, told Reuters they had warned farmers to plant part of their corn fields with conventional seeds to prevent bugs from mutating and developing resistance to GM seeds.
Dow Agrosciences, a division of Dow Chemical Co, has programmes in Brazil to help corn farmers develop “an integrated pest management system that includes, among other things, the cultivation of refuge areas,” it told the news agency in an email. DuPont and Monsanto Co said they had not received any formal notification from Aprosoja.

The problem that Brazil is facing of bugs getting resistant to GM crops is becoming increasingly common. Earlier this year, scientists in the US confirmed that corn-destroying rootworms had evolved to be resistant to the GM corn seeds engineered to kill them.

There was another development related to GM crops. China called for an emergency meeting on Wednesday after it was reported that GM rice was being illegally sold in a supermarket in China’s Hubei province. Despite having a strict policy on GM crops, illegal cultivation and sale of GM crops is becoming common in China, said media reports. Media quoted Chinese agriculture ministry statement that said that there would be zero tolerance towards those who grow or sell GM crops.