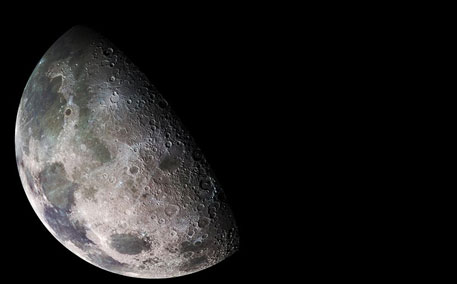 Scientists may have found an explanation why the Moon has rocks quite similar to those on Earth. According to a study published in the journal Nature, an object which was almost similar in composition to Earth may have collided with the planet to form our satellite.

Simulations performed under the study show that the Moon is made mostly of material that originated from this Earth-like object. It was the debris from the “impactor” that may have eventually come together to form the Moon.

Two other studies in the same journal have showed some small but significant differences between the Earth and Moon. After the impact that created the Moon, both were bombarded by several meteorites and scientists propose that they may have ended up accumulating a large amount of extra matter from this phenomenon. Since Earth was the bigger object with a stronger gravitational pull, the extra matter may have affected the composition of Earth more than that of the Moon.

Scientists studied lunar rocks borrowed from Apollo missions and found that the ratio of tungsten’s different isotopes was altered.

"The small, but significant, difference in the tungsten isotopic composition between Earth and the Moon perfectly corresponds to the different amounts of material gathered by Earth and the moon post-impact," said Richard Walker from the US’ University of Maryland, one of the authors on the study, in a report on BBC.

Experts say the three studies are important because they have thrown light on the origin of the Moon.