Not all is well with WTO: growing protectionism, trade wars threaten its existence

World Trade Organization is now busy, more than ever, in settling trade disputes; and the volume of dispute is increasing every passing day. As protectionism has started to rule the roost, member nations are increasingly imposing new trade restrictions, including tariff increases, stricter customs procedures, imposition of taxes and export duties.

Between mid-October last year and mid-May this year, the G20 countries introduced 39 new trade restrictions, double than the previous period, affecting trade in iron and steel, plastics and vehicles, according to the WTO’s latest monitoring report.

India has dragged the US to WTO over the imposition of import duties on steel and aluminum. The latter has also dragged the former to WTO’s dispute settlement mechanism alleging that export subsidies were harming the American companies. China has filed a second complaint to the WTO against US after the latter imposed 25 per cent duties on $34 billion of imports from China. Beijing retaliated with tariffs on a similar amount of goods.

On July 7, Russia imposed higher tariffs on US products in retaliation for US duties on metals imports. As protectionism tightens grip, these flashpoints are fast emerging, and it is "a serious threat" to growth in all the countries, according to WTO.

At the meeting of the Committee on Import Licensing on April 20, 2018, some new and persistent trade concerns were raised. 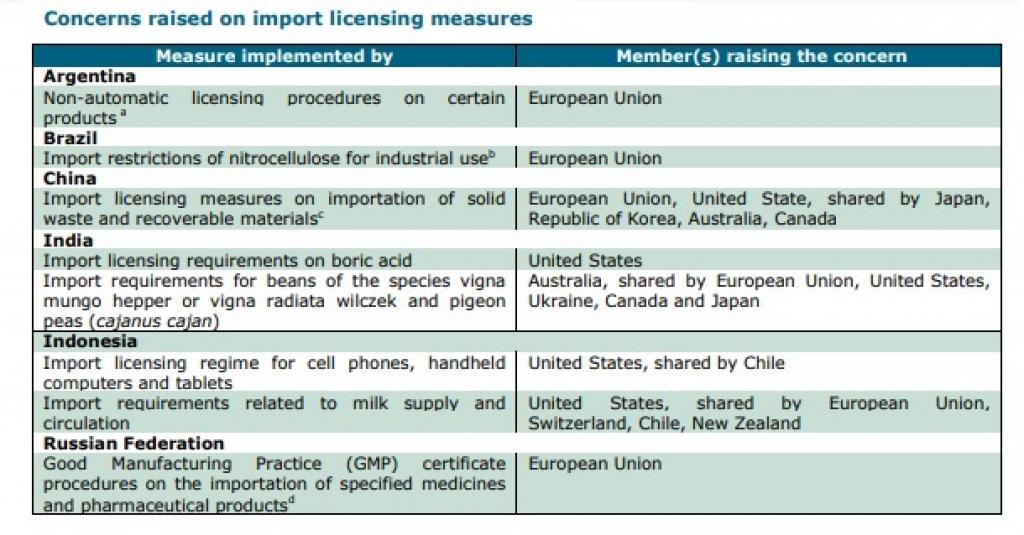 Are countries losing faith in WTO?

While reports are already doing rounds about Trump having plans to pull the US out of WTO, and the US drafting a new trade policy to bypass international rules, the UK is also not very certain about its future with WTO after Brexit. Being an EU member state, the UK had, so far, been insulated by WTO rules that dictate the size of subsidies and how they are paid. India has its own battle to fight over discriminatory WTO subsidy regime. It has been continuously targeted by the US over agricultural special safeguard mechanism and food subsidies. After the recent revision of MSP, the country may face scrutiny at WTO.

While no one is writing obituaries of WTO yet, some WTO member countries are questioning the accepted trading norms. “We now have a trade architecture that is no longer perceived as capable of delivering mutually beneficial trade, and vulnerable to be gamed by powerful players smart enough to use its outdated provisions to their advantage,’ said Stephen Olson, a former US trade negotiator in one of his recent columns. According to him, “any system of rules which permits parties to be in technical compliance while allowing them to subvert the intent of the rules, is a system that will eventually end up being ignored”.

The organisation has often been sidelined in regards to major trade agreements, like EU ignoring WTO ruling on stopping illegal subsidies for Airbus. Countries are now getting into bilateral or regional trade deals as opposed to global agreements. The concern of the only global international organisation, which was formed to ensure that global trade flows smoothly and freely, is evident. "At a juncture where the global economy is finally beginning to generate sustained economic momentum following the global financial crisis, the uncertainty created by a proliferation of trade restrictive actions could place economic recovery in jeopardy," the WTO report said.

What’s worse, even the dispute settlement system is under pressure at the moment, not just because the volume of disputes has grown significantly, but also because of the ongoing impasse over the filling of the Appellate Body vacancies.

At this moment, keeping WTO alive seems like a difficult task.